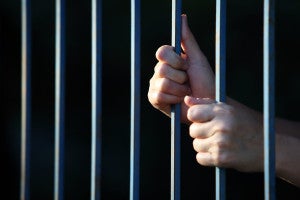 ASINGAN, Pangasinan — A 37-year-old woman may end up facing charges for illegal drug possession, multiple theft and illegal gun possession when a police raid at her house, on Tuesday (March 7), led to the discovery of several undocumented motorcycles, five sachets of suspected shabu (methamphetamine hydrochloride), bills and coins amounting to P431,927, and more than 30 goats.

Cristina Ballicud of Poblacion East in this eastern Pangasinan town was the subject of a search warrant because of reports that she possessed unlicensed firearms and ammunition.

But during the 5 a.m. raid, the police found eight motorcycles believed to be stolen because Ballicud was not able to prove she owned them, said Senior Insp. Renante Organista, town deputy police chief.

He added that Ballicud could not explain why she was keeping almost half a million pesos in her house.

The police were also suspicious about her goat herd, because of allegations that Ballicud was behind goat thefts in Asingan and adjoining towns.

The police seized an unregistered automatic rifle and three undocumented handguns found at Ballicud’s home, on the strength of the warrant issued by Judge Camilo Asuncion of the 7th Municipal Trial Court.  SFM