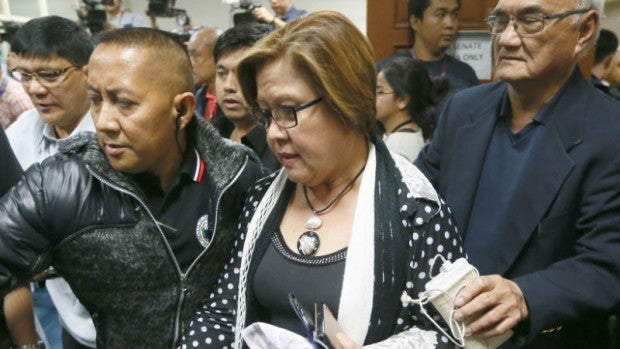 (There should have been negotiations for the OSSAA to come closer, and not be 50 meters away.)

Allies expressed concern over De Lima’s safety. Pangilinan cited how Albuera, Leyte Mayor Rolando Espinosa Sr., a drug suspect, was killed by police officers in an alleged shootout inside his detention center November last year and the case of South Korean businessman Jee Ick-joo who was killed inside Camp Crame.

Pimentel on Wednesday said that De Lima’s Senate security had been withdrawn from the PNP Custodial Center, where the lady senator is detained on drug charges.

Pimentel said that since their OSSAA personnel were stationed far from De Lima’s detention cell, they had already been rendered “useless.”

The OSSAA personnel, who are responsible for maintaining order at the Senate and providing security to the senators and their offices and staff, were removed on Monday.

Pangilinan’s appeal came amid continuing doubts on the capacity of police authorities to keep De Lima, the most vocal critic of President Rodrigo Duterte, safe and secure while under their custody.

De Lima on Thursday said that she can never trust Duterte’s words that she is safe inside the detention. “He is a murderer and he is capable of having me killed,” she said of Duterte.

READ: De Lima says Duterte a ‘murderer’ capable of having her killed

De Lima was arrested and detained at the Philippine National Police Custodial Center last February 24 for alleged involvement in illegal drugs when she was justice secretary. RAM/rga