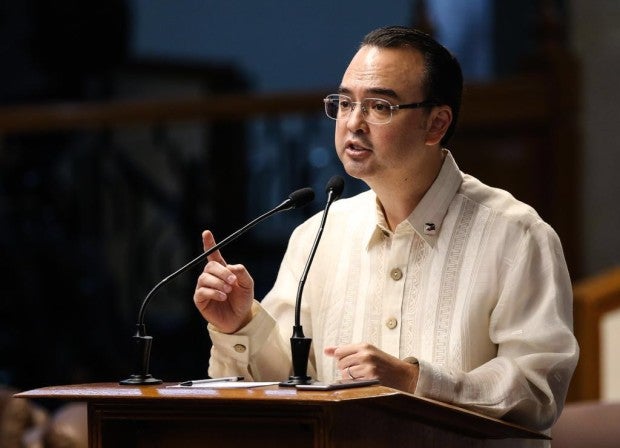 “It’s part of their plan to get rid of President Duterte,” he said in a press briefing in Quezon City on Friday, but could not give more specific details.

“I do not know what specifically the drug lords are financing. What I’m saying it’s part of the playbook, it’s part of organized crime to use their money so they can continue to do business,” he added.

“Even during the campaign naramdaman namin yun (we could feel it), in local and international level,” he said. The senator was the President’s running mate in the 2016 elections.

Cayetano also defended the President’s war on drugs after the Human Rights Watch accused Duterte of being criminally liable for the thousands killed in the anti-drug campaign.

“The state does not promote extrajudicial killings. If there are, it is not state-sponsored,” he said.

The senator said that there is a need to separate human rights issues from political ones.

“There are people who are real human rights advocates, meron din drug lords na sumasakay dito (some drug lords are riding on it). Meron din pulitiko na sumasakay (Some politicians are riding on it as well) so we have to separate legitimate issues against police operations, extrajudicial killings. Dapat i-separate (It should separated) from politics. Iba yung intensyon na mapaganda police enforcement, iba ung mapatanggal ang Presidente (The intention to enhance the police enforcement is one thing, to oust the President is another),” Cayetano said. RAM/rga

The ‘conspiracy’ to oust Duterte