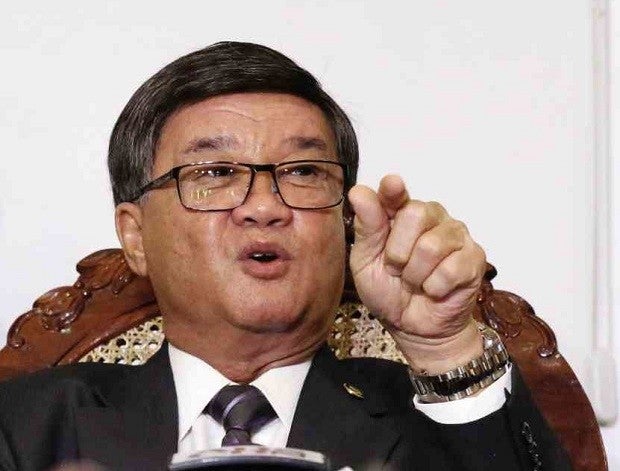 Justice Secretary Vitaliano Aguirre II on Tuesday chided lawyers of Senator Leila De Lima for saying that the she was wrongfully charged.

One of the lawyers of De Lima, Alex Padilla, on Monday said there is no evidence that the senator has been involved in illegal drug trade. He said drug trafficking was only filed to make sure that De Lima will not be able to post bail.

The lawyers said De Lima should have been indicted for direct bribery, even though they stressed the evidence on this is also questionable.

If direct bribery was the offense filed against De Lima, the jurisdiction of the case would have been the Sandiganbayan and not the RTC and it is a bailable offense.

But Aguirre said the panel of prosecutors did not put all the details of the indictment in the information filed before the sala of Muntinlupa RTC Branch 204 Judge Juanita Guerrero which ordered De Lima’s arrest and detention at the PNP Custodial Center in Camp Crame last week.

He added that it is the prosecution panel which determines what charges should be filed in court.

In its complaint, the DOJ alleged that De Lima received around P10 million in drug payoffs from November 2012 to early 2013 through her co-accused, former Bureau of Corrections (BuCor) officer-in-charge Rafael Ragos.

Ragos said he delivered the money to De Lima’s residence in Paranaque City where it was received by her former driver Ronnie Dayan.

Dayan is also a co-accused of de Lima in the case.

The DOJ claimed that De Lima pooled the money to fund her senatorial campaign in the May 2016 elections, an accusation she repeatedly denied./rga