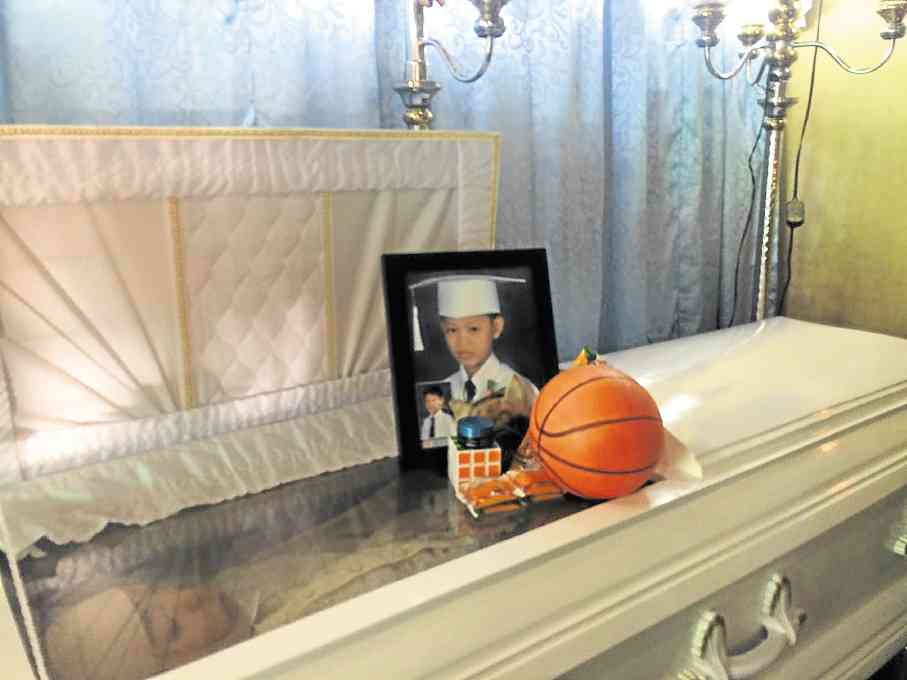 The family of 14-year-old Ivan Abalos has asked for assistance in paying for his funeral. Those who want to help can call his aunt Rosita Villadalgado at 0998-3373325. —JODEE AGONCILLO

A 14-year-old boy playing basketball with his friends at an empty lot in Marikina City was killed when a broken-down portion of a concrete fence fell on him, crushing his head.

Ivan Abalos, a Grade 8 student of Parang High School, died on the spot. The incident happened at 3:30 p.m. on Sunday on Lower Balete Street in Barangay Fortune.

The portion of the concrete fence that collapsed on the victim was around 8 feet high, 3 feet long and 6 inches thick.

Abalos was playing with his friends at the empty lot where residents had set up an improvised basketball hoop. He was standing with his back turned to the wall when it collapsed.

Abalos’ twin, Paolo, shouted at him to get out of the way but the warning came too late.

Protected by a run-down decades-old concrete fence, it is a favorite hangout of children in the neighborhood.

Beatriz, the victim’s mother, said that Philip Morris had promised to provide her with financial assistance. So far, the family has been able to raise just P2,000, which they gave as downpayment for Abalos’ coffin.

“We deeply regret the tragic incident that happened on Monday. We are contacting the family of the deceased to express our condolences and understand the best way that we can assist his family at this very difficult time,” Didet Santiago, the firm’s communications manager, said in a statement.