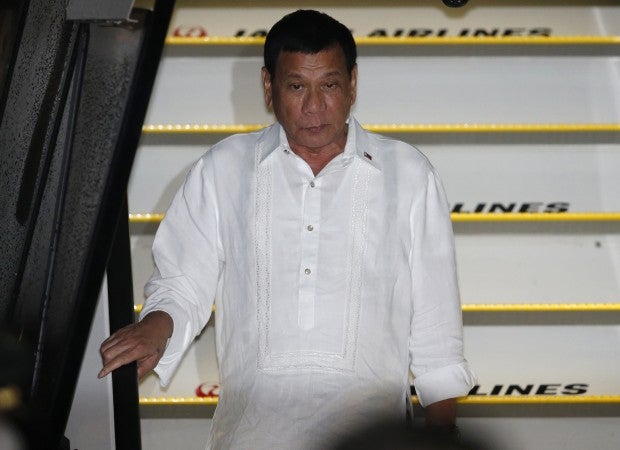 The Philippine government has spent P277 million for President Duterte’s visit to 12 countries, but Malacañang said the cost of these foreign travels had netted much more in terms of investments, pledges and jobs.

The President’s spokesperson Ernesto Abella said the P277 million covered seven foreign trips of Mr. Duterte, some of these including more than one country.

The costs, averaging P40 million per trip, covered airfare, charter fare and “others.”

This was the first time Malacañang released the cost of the President’s trips, which reporters earlier asked through freedom of information requests.

He said Mr. Duterte’s visit to China resulted in more than 20 agreements worth $4 billion, and would generate more than 100,000 jobs.

From Mr. Duterte’s trip to Japan, Abella said the Philippines got $1.85 billion in investment commitments that would generate 250,000 jobs in the next few years.