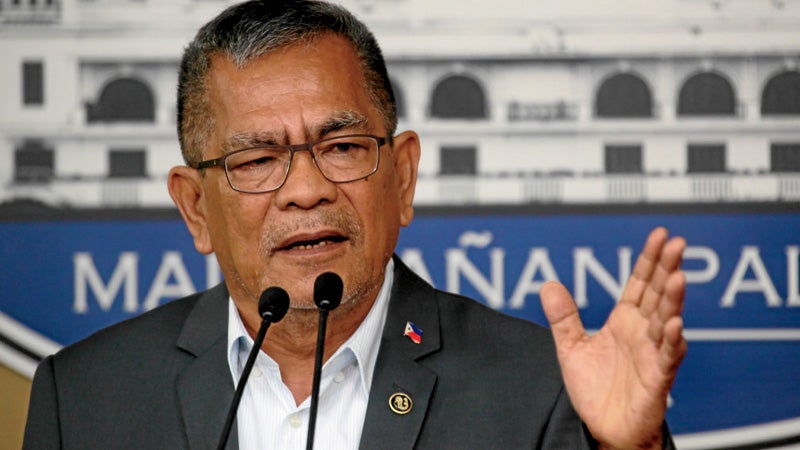 Will your residence qualify for the government’s “drug-free home” sticker?

After withdrawing the police from the war on drugs, the administration is now preparing a nonviolent approach to continuing the campaign against narcotics—labeling houses drug-free after the local Peace and Order Council has determined that no residents use or have stopped using drugs.

Official “drug-free home” stickers will be plastered on houses that are certified by the council as free of illegal drugs, Department of Interior and Local Government (DILG) Secretary Ismael Sueno said on Tuesday.

“We do not want to stop the war. It’s no longer the PNP (Philippine National Police) but the Peace and Order Councils from the regional down to the barangay level that will now focus on the family,” Sueno said in a press briefing.

He said the council would determine which residences in a particular community were drug-free to qualify for the stickers.

Those living in houses that are not yet certified as drug-free would be persuaded by the other families and the council to end their drug use so that their homes may also qualify to receive the sticker, Sueno said.

He did not say what consequences the residents of homes that did not have the drug-free stickers would face.

“This is the ‘hang’ in ‘tokhang.’ Hangyu means appeal—I appeal to you, if possible, do not practice [and make sure] not anyone in your family will be engaged in drugs,” Sueno said.

“This is a nonviolent approach to the war on drugs so we might succeed in this. The police will also be active in this Operation Hangyu,” he added.

He added that this would be a nationwide campaign after he met with the regional Peace and Order Councils to finalize the plan.

Sueno said the Cabinet cluster on national security met about three weeks ago and reviewed the administration’s anti-illegal drugs campaign.