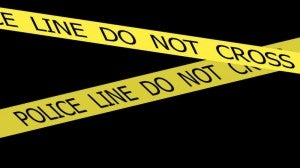 Nine people were killed either in police operations or in attacks by unidentified gunmen in two Metro Manila cities from Thursday night to early Friday morning.

Home intruders shot two suspected drug users in Quezon City and three more residents in Marikina, according to the police. Two other victims were described as thieves caught stealing tires and were killed because they allegedly fired at responding law enforcers.

According to a report to Chief Supt. Guillermo Eleazar, director of the Quezon City Police District (QCPD), Angelito Guidotte, a 48-year-old scavenger in Barangay Payatas, was gunned down on Payatas Road around 11:30 p.m. Thursday, while Leonel Gubatan, a 24-year-old construction worker, was shot while asleep inside his house in Barangay Holy Spirit around 2 a.m. the following day.

A QCPD report said the thieves, who were not immediately identified, exchanged fire with the responding cops and were killed on the spot.

In Marikina, five persons were killed and one was wounded in separate incidents occurring within half an hour of each other.

Motorcyle-riding gunmen targeted 41-year-old Gerald Taduan while he was eating at a congee shop near the corner of Kabayani Road and Mississippi Street in Barangay Malanday at 7:10 p.m. A stray bullet hit Michaela Pring, the 18-year-old congee vendor.

Both victims were brought to Amang Rodriguez Medical Center, where Taduan was pronounced dead.

Six minutes later, Noel de Mate, 43, was standing near the corner of Kabayani Road and Green Street, about 200 meters from where Taduan was shot, when he was also killed by men on a motorcycle.

Around 7:30 p.m. in the same barangay, four armed men entered a house on Kingfisher Street and killed Regidor Dumasig Sr., 49, and his son Regidor Jr., 25. The victims were watching TV when they were shot.

According to his daughter Glydel, Ambos surrendered to authorities under the Oplan Tokhang antidrug campaign last year but his drug-using friends kept seeing him at his house. /atm