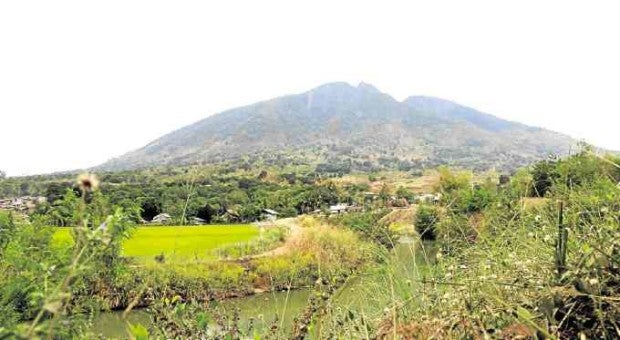 CLARK FREEPORT – A Japanese company making artisanal tea is introducing mulberry trees as a cash crop for farmers in Pampanga, a province devastated by Mt. Pinatubo’s eruptions 25 years ago.

Kuwanosato, a firm based in the Yamanashi Prefecture, said it succeeded in its three-year trial period for mulberry trees grown at the foot of Mt. Arayat in Pampanga.

In a program here on Monday night, Han Seong Min, president of Kuwanosato, said the company was bringing tea-making machines to the Pampanga State Agricultural University (PSAU) in Magalang town through a P15 million grant from the Japan International Cooperation Agency (Jica).

Heeding a request made by Gov. Lilia Pineda, Han promised to introduce the plant and technology to Aeta communities as well.

Han said a farmer could earn as much as P250,000 per hectare annually from the sale of mulberry leaves.

Yuko Tanaka, senior representative of Jica, said the mulberry tea project in Pampanga was in line with Jica’s agenda of bringing in more investments in agriculture, especially among farmers who still have to feel the impact of economic growth.

Jica had extended loans and grants in Central Luzon, foremost of which went to the Pinatubo Urgent Hazard Mitigation Projects that contained volcanic sediments and eased flooding in Pampanga, Tarlac and Zambales provinces.

The mulberry tested at a 3,000 square meter lot in PSAU showed that the Batac variety suited the area, and could grow on soil laden with volcanic ash, according to Dr. Norman de Jesus, director of PSAU alternative low-input agricultural system center.

De Jesus was one of four PSAU officials invited by Jica to take part in the feasibility study. They visited farms and tea processing facilities in Japan in September last year.

Japan and China can only grow mulberry half of the year because these countries experience long winters, he said.

This is the first mulberry tea project in the Philippines, according to PSAU president Honorio Soriano.

Mulberry grown at the Don Mariano Marcos Memorial State University in La Union province and in Bago City in Negros Occidental province were intended for silk production. The leaves are fed to worms that produce silk threads.

In other countries, mulberry leaves are used as livestock feed.

In June last year, Sen. Cynthia Villar sponsored Senate Bill No. 323, a measure that seeks to establish a national mulberry development program. The bill is pending in the Senate agriculture committee.