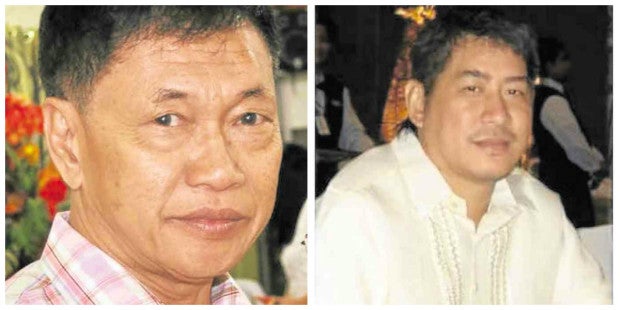 DAVAO CITY—Lawyers in Surigao del Norte province will keep their hands off drug-related cases after two of their colleagues were attacked by gunmen in Surigao City recently.

Noel Pangilinan, president of the Integrated Bar of the Philippines (IBP) in Surigao del Norte, said lawyers in the province believed the separate attacks, which killed retired Judge Victor Canoy on Feb. 2 and wounded Surigao City prosecutor Manuel Tesiorna on Feb. 6, were related to the government’s war on drugs.

“It might be seen as paranoia but [our fear] is already backed up by actual incidents … This is work-related,” Pangilinan told the Inquirer in a telephone interview on Wednesday.

Pangilinan said Canoy, Tesiorna and another lawyer he did not identify had been warned by a police source that their names appeared on a supposed list of protectors of the illegal drug trade after the drug cases they were handling had been dismissed.

“Somebody from the police’s intelligence community had warned them that they were the top three [suspects] on the list,” he said.

He said the other lawyer went into hiding after Tesiorna was shot and wounded by two gunmen on Monday. Four more lawyers, whose names supposedly were on the list, could not be located, he added.

The Inquirer on Wednesday tried to reach officials of the Caraga police in Butuan City but telephone calls failed to get through.

“We are protesting the shallow understanding of the legal process which prompted accusations that our colleagues are alleged drug coddlers and protectors just because drug cases get dismissed in their respective offices,” he said.

A gunman shot Tesiorna in front of his house in Barangay Canlanipa on Monday morning. The attack came four days after Canoy, a retired judge of Surigao del Norte Regional Trial Court, was killed.

Pangilinan said the four government lawyers under the Public Attorney’s Office in the province will handle cases that private lawyers will not touch.

“We can understand the decision of government lawyers not to join us because they are mandated by law to [take on any case],” he said.

“We have to make a statement. We hope these cases would be resolved very soon,” he added.