Palace: CBCP ‘out of touch’ with sentiments of faithful 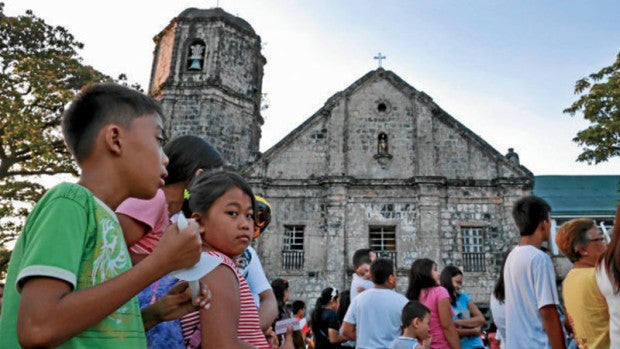 Malacañang has turned the tables on the Catholic Bishops’ Conference of the Philippines (CBCP), calling the clergy “out of touch” with the concerns of Filipino Catholics after the bishops described President Duterte’s war on drugs a “reign of terror.”

Reacting to the pastoral letter issued by the CBCP on Sunday, presidential spokesperson Ernesto Abella told the bishops to just put their time and efforts “to better use.”

He claimed the changes ushered in by the Duterte administration transformed the country “into a safer place for families, working people, especially young night shift workers, far from the ‘terror’ the bishops paint rather dramatically.”

“The officials of the (CBCP) are apparently out of touch with the sentiments of the faithful who overwhelmingly support the changes in the Philippines,” Abella said.

“The efforts of these Church leaders might be put to better use in practical catechetics that build strong moral character among the faithful, and so contribute more to the reign of peace felt by ordinary citizens everywhere, especially those who are innocent of illegal activities,” he added.

In a strongly-worded pastoral letter, the CBCP said the government has no right to take one’s life and that “we cannot correct a wrong by doing another wrong.”

“This traffic in illegal drugs needs to be stopped and overcome. But the solution does not lie in the killing of suspected drug users and pushers,” CBCP president and Lingayen-Dagupan Archbishop Socrates Villegas said.

“A good purpose is not a justification for using evil means,” he stressed. “If we neglect the drug addicts and pushers, we have become part of the drug problem. If we consent or allow the killing of suspected drug addicts, we shall also be responsible for their deaths.” JE/rga