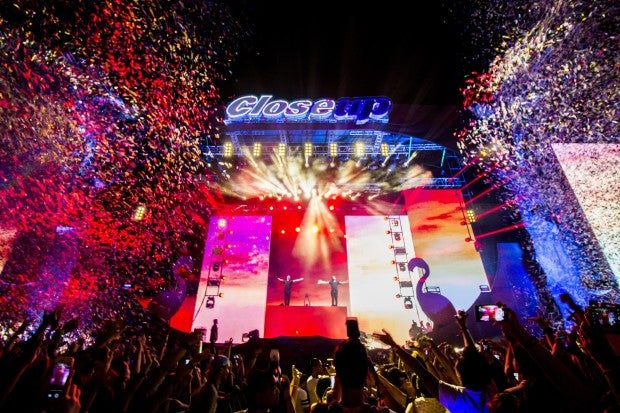 Thirteen executives of Unilever Philippines, its subsidiary brand Closeup, and three other firms are facing a criminal complaint over the death of five people who took party drugs during a Pasay City concert that the companies organized in May last year.

After an eight-month probe, the National Bureau of Investigation  on Wednesday filed a complaint in the Department of Justice citing the company executives for criminal negligence resulting in multiple homicide.

NBI and police findings showed that the victims ingested a deadly cocktail of party drugs and alcohol during the May 21 Closeup Forever Summer concert. They collapsed in different locations at the outdoor party venue and died hours later in different hospitals.

The respondents from Unilever-Closeup, Activations Advertising and the others “appear to be criminally liable” based on the Responsible Officer Doctrine for they held a position of responsibility and authority, the NBI said in the complaint.

“[They] had the ability to prevent the unwanted incidents but failed to do so,” the bureau added.

Closeup said it had yet to receive a copy of the complaint but vowed to cooperate in the proceedings.

“Again, our management team is deeply saddened by the events that took place at the Forever Summer music festival last year,” Closeup spokesperson Ed Sunico said. “We acted in good faith in the staging of the event and will continue to cooperate in all the upcoming proceedings.”

Reginald Soriano and Eduardo Muego, also of Activations Advertising, were also included since they were present when the concert’s security plan was crafted.

The NBI said the companies should have put tighter measures in place to prevent party drugs from being smuggled into the party venue.

“Yet given all their occupational and professional standing, expertise, skill, and experience… they apathetically forgot the inclusion of illegal drugs or its possible inroads during the event,” the NBI said.

Autopsies performed on  two of the five concertgoers showed the presence of illegal substances which, according to the NBI, ruptured their internal organs. —WITH A REPORT FROM RONNEL W. DOMINGO