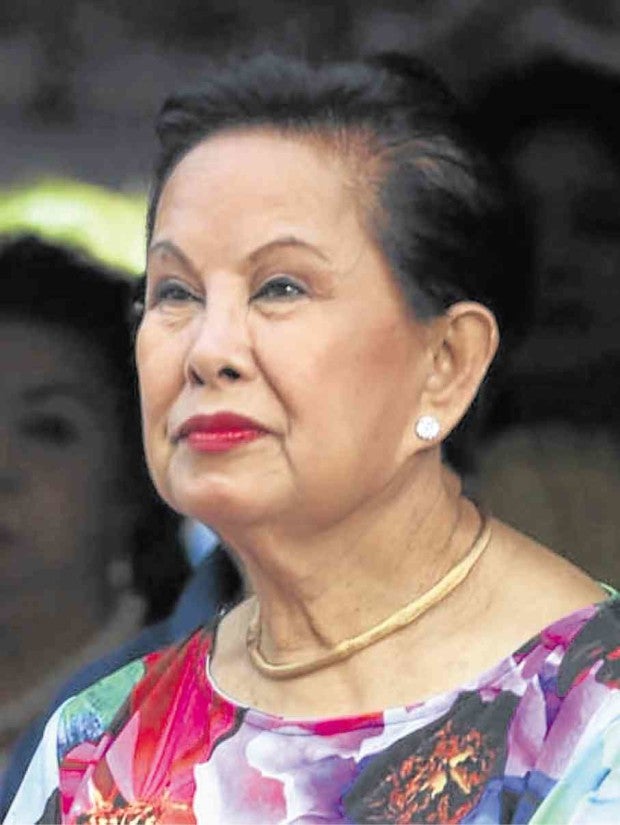 MANILA — The Sandiganbayan has postponed again the start of former Makati City Mayor Elenita Binay’s trial for the allegedly anomalous purchase of hospital beds and sterilizers in 2000 and 2001.

On Tuesday, supposed to be her first trial day, the Third Division granted Binay’s motion to defer the proceedings pending her appeal on the denial of her motion to re-raffle the cases off to separate divisions.

“The proceeding is suspended until such time that the court has resolved the motion for reconsideration,” Presiding Justice Amparo Cabotaje-Tang, who chairs the division, said in the hearing. The court did not set a new date for the trial.

The prosecution said they would no longer file a comment on the deferment of the proceedings, but manifested that they have not received a copy of the motion for reconsideration.

Through the motion to defer proceedings, Binay had expressed her intention to file an appeal on the court’s Jan. 13 resolution that affirmed the holding of a joint trial on her four graft and malversation cases.

“It is most respectfully submitted that proceeding with the trial of the cases before a final determination on the issues of consolidation and/or joint trial, will deprive the Accused of her procedural rights under the prevailing rules,” Binay told the court.

The trial was supposed to start in Oct. 13, but this was delayed as the court had to resolve Binay’s motion first. She wanted separate court divisions to handle the four cases to avoid prejudgment by creating an “impression” that these formed a “pattern” of irregularities.

A month later, Binay moved for Tang’s inhibition after she asked questions that allegedly gave an “appearance of bias and prejudice.” To recall, Tang asked Binay’s lawyer if her camp was “somehow casting aspersion on the impartiality of this Court.”

The court in its Jan. 13 resolution denied both of Binay’s motions, saying that “perceptions of bias from the mere tenor and language of a judge” is not enough basis to show prejudgment on Tang’s part.

It also affirmed the validity of holding a joint trial, citing that the case raffle committee opted to consolidate the cases because they “arose from the incident or series of incidents or they involve common questions of fact and/or law.”

It also reasoned out that consolidation of the cases would benefit both Binay and the prosecution because the latter would present almost the same witnesses and documents for the four cases.

The Third Division cases arose from the allegedly overpriced procurement of P45 million worth of sterilizers and hospital beds in the years 2000 and 2001.

Outside the Third Division, Binay won three of four cases filed in connection with the alleged overpricing of city hall furniture for the years 1999 to 2000.

The Second and Fifth Divisions granted her demurrers against the evidence on Apr. 7, 2011 and Oct. 28, 2016, while the Fourth Division on Nov. 17, 2016 acquitted Binay after a full-blown trial. A fourth case is still pending with the Fifth Division.  SFM