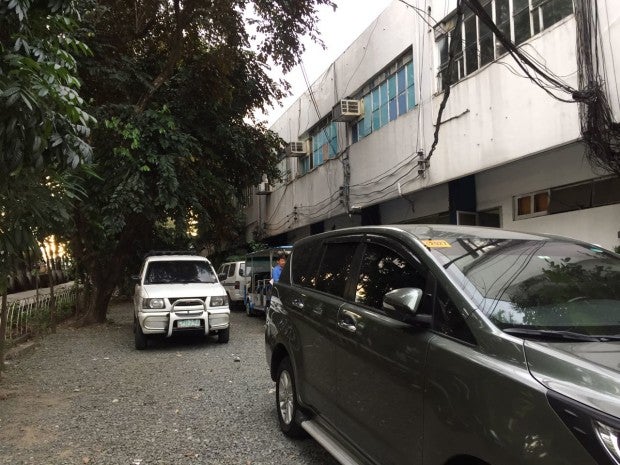 South Korean businessman Jee Ick Joo was strangled to death inside the Philippine National Police (PNP) headquarters in Camp Crame in Quezon City, according to a Department of Justice (DOJ) resolution released on Thursday.

But where exactly in the police camp did the killing happen?

A ranking police official privy to the details of the case said Jee’s car, a black Ford Explorer where the killing took place, was parked just outside the buildings of the PNP’s public information office and police community relations group.

The crime scene was also just a few steps away from the office of PNP chief Director General Ronald “Bato” Dela Rosa and his official residence, the so-called “White House,” inside the police headquarters.

The police official, who requested anonymity while the investigation on the case is ongoing, said Jee was wrapped first with packaging tape before he was strangled to death allegedly by SPO3 Ricky Sta. Isabel.

Meanwhile in a DOJ resolution, accused SP04 Roy Villegas said Sta. Isabel brought packaging tape and surgical gloves and ordered them to cover the head of the victim.

The source said the incident might have happened around 10 p.m. of October 18, 2016 after Jee was taken from their house in Angeles, Pampanga with house help Marisa Morquicho.

After the victim was killed, Villegas said Sta. Isabel called a certain “Ding” who agreed to receive the body in exchange for P30,000 and a golf set. The body was then brought to a funeral home in Caloocan.

Although there were security cameras in the area, the official said they could not recover the footage anymore since the killing happened almost three months ago and had been deleted from the files.

But the official said they have enough evidence to prove that the incident happened inside the police camp, adding that the PNP’s Anti-Kidnapping Group have already submitted them to the Department of Justice.

In a Malacañang press conference, Dela Rosa said he wanted to “melt in shame” when he learned that the crime happened within the national police headquarters. JE

READ: I want to melt in shame—Bato