I want to melt in shame—Bato 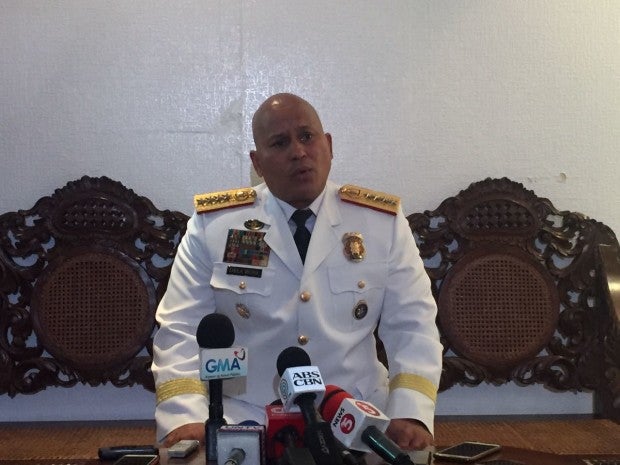 This was Philippine National Police Directo General Ronald “Bato” dela Rosa’s reaction to news that a Korean businessman was kidnapped and killed inside Camp Crame.

Dela Rosa, who was in Malacañang for the oath taking of PNP officials, said he was “very offended” with what happened to Hanjin executive Jee Ick Joo who was abducted in October last year.

One of the accused revealed that the businessman was strangled and killed inside Camp Crame by Senior Police Officer 3 (SPO3) Ricky Sta. Isabel.

“If I have my way, papatayin ko kayong mga pulis kayo (I will kill the policemen involved). But I cannot do it because that is illegal,” he said.

“I am very sorry that this crime happened and those involved are my people,” Dela Rosa said.

The Chief PNP said he will eventually explain what happened to South Korean officials.

However, he insisted that it should not be called “tokhang for ransom.”

Dela Rosa explained that while Isabel is part of the anti-illegal drug group, he is not involved in the “tokhang” campaign of PNP’s territorial units.

“That (the kidnapping) is not part of the drug war. Yung term naman ginagamit para masira ang war on drugs (The term is only being used to destroy the image of the warn on drugs,” he said.

The case of Jee Ick Joo was first reported by Inquirer through an interview with the businessman’s wife. The wife said she paid P5 million in ransom money.

However, SP04 Roy Villegas’ affidavit revealed that after the businessman was abducted, he was brought to the PNP headquarters where he was killed.

Another Inquirer report said the businessman was strangled to death inside a vehicle parked near Dela Rosa’s office.