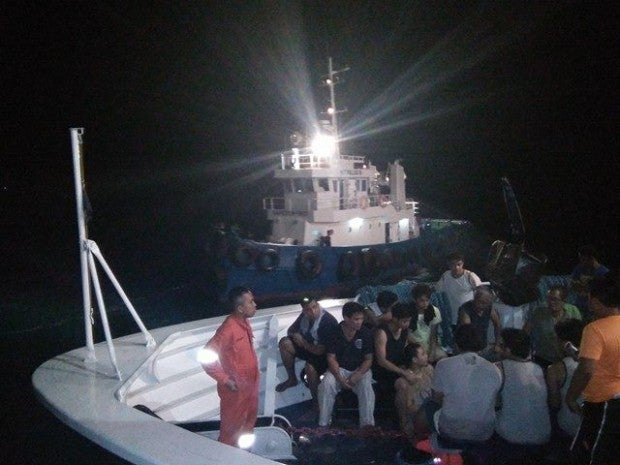 BATO, Leyte—One crew member remained missing while 28 others were rescued when a cargo vessel sank in the waters near Dawahon Island between the provinces of Bohol and Leyte on Tuesday night.

The survivors were rescued from the life rafts after they abandoned their ship, steel-hulled MV Meridian Tres, as it was listing on its portside before it finally sank about 9 p.m.

They were brought to the Coast Guard station in Cebu City on Wednesday morning.

MV Meridian Tres, of Manila-based Meridian Cargoes Forwarder, was heading to Tacloban City in Leyte from Cebu City on Tuesday to deliver their cargoes.

According to Coast Guard Eastern Visayas chief, Capt. Gregorio Adel, a personnel from the Coast Guard sub-station in Hilongos town, Leyte, was informed by the crew of MV Larcon Iloilo about receiving a distress call from MV Meridian captain, Napoleon Emphasis that vessel was listing on the portside.

About 9 p.m., he added he was informed by Maasin Coast Guard Station that Emphasis ordered his crew to abandon the 2,528-gross tonnage vessel.

Fortunately, crew members of three other vessels that were near the area responded to the distress call and helped rescue the Meridian crew members.

These were LCT-PMI-8, MV Filipinas Butuan and MV Ocean Kingdom.