Fire volunteer who died from Pasig gas blaze to be honored 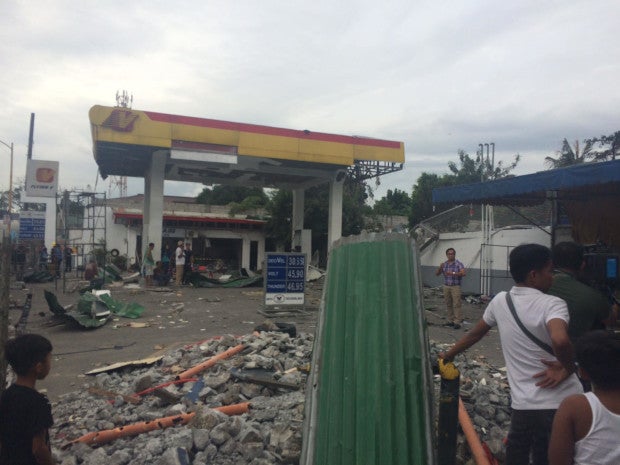 The Bureau of Fire Protection (BFP) and a fire volunteers group will pay tribute to a volunteer who died as a result of a blast and a fire that hit a refilling station in Pasig City on Jan. 11.

On Wednesday afternoon, Jan. 18, the BFP and the Federal Union of Philippine Volunteer Firefighters will offer flowers and perform a water salute for Jeffre Eugenio at the Quiogue Funeral Homes in Pasig City where his funeral is being held.

Eugenio died Monday at the Medical City, six days after he suffered serious burns during the gas explosion and the two-hour blaze at the Regasco LPG refilling station on A. Sandoval Street in Pasig City. He was a worker at the Omni Gas Corporation (OGC), which was adjacent to Regasco.

A member of the San Miguel Fire Volunteers, which earned him the moniker “San Mig Charlie,” Eugenio will be recognized for his heroism during the incident at Omni where he also served as officer in charge of the LPG-Marketer’s Association fire volunteer department.

According to his brother JR, Eugenio saved 5 to 8 fellow employees at the height of the blaze at before he was brought to the hospital.

“I could have saved myself, but I did not. It will be on my conscience, little sister,” Jhen recalled his eldest brother telling her when she asked him why he didn’t just save himself.

Eugenio spoke from his hospital bed despite burns on his face, hands and legs.

“That’s how kind and selfless my brother was,” she said.

“Jeffrey saved many people during the fire. He knocked on the doors to alert the occupants to flee. He was selfless,” Sagung said.

Liezl, Eugenio’s wife who arrived from Singapore last Tuesday, attested to his husband’s kindheartedness and passion for service.

“Even when we were having our time together, he could not help but attend to other people’s needs. He was a man for others. I am proud of him,” she said.

Of the 21 casualties, seven are also fire volunteers, the younger Eugenio said.

Most of his relatives are also LPG-MA workers who have been with the company for about nine years.

Six other victims of the Regasco fire have died.
The remains of the other victims, including those of Jectopher Caoili, 21, and Camilo Alcaraz Jr., 18, were transported to Isabela province earlier.

“We are still corroborating statements and findings. It’s hard for us as some of the victims are still in the hospital,” he said.

Marcos said they would check when OGC performed its last preventive maintenance. They will make their recommendations as soon as they finish their investigation.

Ronie Badidles, executive director of the LPG-MA partylist, said they would cover the expenses and extend assistance to the victims of the fire, including benefits for the deceased victims who had worked for a long time for the gas firm.”

“We will make sure all victims are covered, and then we will answer the BFP,” he said. CBB

Read Next
2 congressmen on Duterte’s latest ‘narco list’–Alvarez
EDITORS' PICK
10 Filipinos positive for COVID-19 in UK, 7 in Ireland — envoy
Nograles: Cabinet members to donate 75% of monthly salary to aid COVID-19 fight
Quick chat with Nicole Andersson: ‘You really don’t need much to be happy’
IATF to LGUs: Issue ordinances vs attacks on frontliners, COVID-19 patients
Diokno to Duterte: OK to make fun of buck tooth, but focus on people’s needs first
Robredo spox thanks Duterte for defending VP’s efforts vs COVID-19
MOST READ
Coronavirus hotbed Rizal to shut borders on April 6
ADB warns PH against prolonged lockdown
Gov’t mulling quarantine period extension of 15-20 more days
Sotto on Isko Moreno’s call: We do our job without the media following our every move
Don't miss out on the latest news and information.