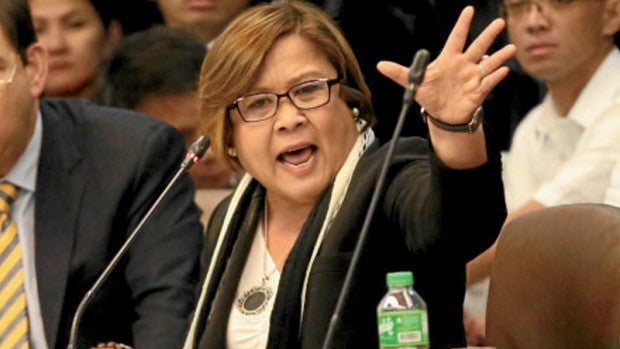 The Supreme Court has ordered Senator Leila De Lima to respond to the disbarment case filed against her regarding her admission that she had a romantic relationship with her former driver Ronnie Dayan, blaming the “frailties of a woman.”

“The Court directed respondent De Lima to submit her comment to the Complaint-Affidavit for disbarment filed by petitioner within 10 days from notice of the Court’s resolution,” the high court said.

Perito’s complaint stemmed from De Lima’s interview last year with Mareng Winnie’s “Bawal ang Pasaway” where she admitted that her affair with Dayan was because of the “frailties of a woman.”

Aside from Perito, the Volunteers Against Crime and Corruption (VACC) together with former National Bureau of Investigation (NBI) officials Reynaldo Esmeralda and Ruel Lasala and whistleblower Sandra Cam also filed a disbarment complaint accusing the senator of gross immorality, violation of the Lawyers Oath and the Code of Professional Responsibility.

Aside from supposed illicit relationship with Dayan, they accused De Lima of allegedly benefiting from illegal drug trade inside the New Bilibid Prison (NBP).

“Measured against the definition of gross immorality, we find Senator De Lima’s actions grossly immoral. Her actions were so corrupt as to approximate a criminal act, for she has a relationship with a married man, who in all appearances, was married to another and with whom he has a family. Her actions were also unprincipled and reprehensible to the highest degree,” the complaint stated.

“All these taken together leads to the inescapable conclusion that respondent (De Lima) was grossly imprudent in managing her personal affairs. The fact remains that her relationship with Ronnie Dayan, a married man, is grossly immoral. Worse, she never denied such relationship,” it added.

De Lima has three other pending disbarment cases. All the other cases were filed in 2012.