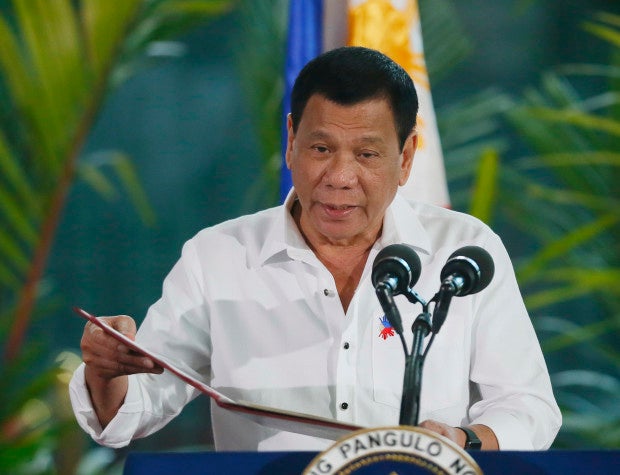 President Rodrigo Duterte has declared January of every year as “National Bible Month” in recognition of the “religious nature of the Filipino people and the elevating influence of religion in human society.”

Duterte’s Proclamation No. 124 dated Jan. 5, a copy of which was released to the media on Monday, also set every last week of January as “National Bible Week.”

Curiously, the President previously told Filipinos not to believe in religions, particularly the Roman Catholic church, whose leaders he has assailed for being “hypocrites.”

He has also cursed Pope Francis during the campaign, calling the beloved leader of the world’s largest religious congregation a “son of a bitch” for causing traffic jams in Metro Manila when he visited the country in January 2015.

In signing the order, the President said the 1987 Constitution mandated the national government to promote the ethical and spiritual values of the citizens and to help improve their morality.

“(I)t is fitting and proper for the molding of the spiritual, moral and social fiber of our citizenry, that national attention be focused on the importance of reading and studying the Bible,” read a portion of the proclamation.

“(W)hile maintaining neutrality in its treatment of all religious communities, the government is not precluded from pursuing valid objectives secular in character even if it would have an incidental result affecting a particular religion or sect,” it added.

Mr. Duterte said history has seen the “profound impact” of the religious scripture- the basis of all Christian religions worldwide- on the “life of nations and how it has moved and inspired many people, including statesmen and social reformers to work for the betterment of their fellow human beings even at great cost to themselves.”/rga