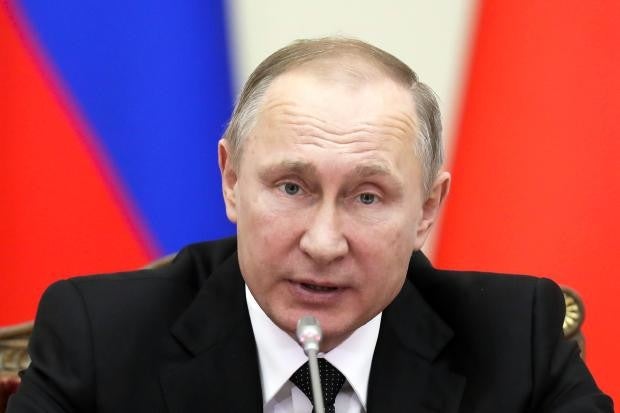 WASHINGTON—Russian President Vladimir Putin directed a vast cyberattack aimed at denying Hillary Clinton the presidency and installing Donald J. Trump in the Oval Office, the nation’s top intelligence agencies said in an extraordinary report they delivered on Friday to Trump.

The officials presented their unanimous conclusions to Trump in a two-hour briefing at Trump Tower in New York that brought the leaders of America’s intelligence agencies face to face with their most vocal skeptic, the president-elect, who has repeatedly cast doubt about intelligence reports on Russian hacking.

Soon after leaving the meeting, intelligence officials released the declassified, damning report that described the sophisticated cybercampaign as part of a continuing Russian effort to weaken the US government and its democratic institutions.

The report—a virtually unheard of, real-time revelation by the American intelligence agencies that undermined the legitimacy of the president who is about to direct them—also concluded that Trump is Putin’s candidate.

Putin, the report said, sought to denigrate Clinton, and the report detailed what the officials had revealed to President Barack Obama a day earlier—Trump’s victory followed a complicated, multipart cyberinformation attack whose goal had evolved to help the Republican win.

The 25-page report did not conclude, though, that Russian involvement tipped the election in Trump’s favor.

The public report lacked the evidence that intelligence officials said was in a classified version, which they described as information on sources and methods used to collect information about Putin and his associates.

These would include intercepts of conversations and the harvesting of computer data from “implants” that the United States and its allies have put in Russian computer networks.

Much of the unclassified report focused instead on an overt Kremlin propaganda campaign that would be unlikely to convince skeptics of the report’s more serious conclusions.

The report may be a political blow to Trump. But it is also a risky moment for the intelligence agencies that have become more powerful since the Sept. 11, 2001 attacks, but have had to fend off allegations that they exaggerated intelligence during the buildup to the Iraq war.

The declassified report did describe in detail the efforts of Putin and his security services to release information gained from the hacks to the public.

“Putin and the Russian government aspired to help President-elect Trump’s election chances when possible by discrediting Secretary Clinton and publicly contrasting her unfavorably to him,” the report by the nation’s intelligence agencies concluded.

Trump, whose resistance to that very conclusion has led him to repeatedly mock the country’s intelligence services, issued a written statement that appeared to concede some Russian involvement.

But Trump said nothing about the conclusion that he was Putin’s candidate, insisting that he still believed the Russian attacks had no effect on the election outcome.

Trump’s written statement came just hours after he told The New York Times, in an interview, that the controversy over Russian hacking was just a “political witch hunt” by his detractors and the camp of Clinton.

Trump later sought to blame the Democrats for any cyberattack that might have occurred. “Gross negligence by the Democratic National Committee allowed hacking to take place,” he said in a Twitter message.

Vice President-elect Mike Pence said he and Trump had “appreciated the presentation” by the intelligence officials. Pence said measures would be taken to counter cyberattacks under a Trump administration.

Trump, who has consistently questioned the evidence of Russian hacking during the election, did so again on Friday before he met with the intelligence officials.

But after meeting with the intelligence officials, Trump appeared to moderate his position, conceding that “Russia, China, other countries, outside groups and people are consistently trying to break through the cyberinfrastructure of our governmental institutions, businesses and organizations, including the Democrat National Committee.”

The report described a broad campaign of covert operations, including the “trolling” on the internet of people who were viewed as opponents of Russia.

While it accused Russian intelligence agencies of obtaining and maintaining “access to elements of multiple US state or local electoral boards,” it concluded—as officials have publicly—that there was no evidence of tampering with the vote tally on Nov. 8.

The intelligence agencies also concluded “with high confidence” that Russia’s main military intelligence unit, the GRU, created a “persona” called Guccifer 2.0 and a website, DCLeaks.com, to release e-mails of the Democratic National Committee and of the chair of the Clinton campaign, John D. Podesta.

When those disclosures received what was seen as insufficient attention, the report said, the GRU “relayed material it acquired from the DNC and senior Democratic officials to WikiLeaks.” The founder of WikiLeaks, Julian Assange, denied that Russia was the source of e-mails it published.

The role of RT—the Russian English-language news organization that American intelligence said is a Kremlin propaganda outfit—in Kremlin’s effort to influence the election is covered in far more detail by the report than any other aspect of the Russian campaign.

An annex on RT, which was first written in 2012 but not previously made public, takes up eight pages of the report’s 14-page main section.

Flynn has appeared repeatedly on RT’s news programs and in December 2015 was paid by the network to give a speech in Russia and attend its lavish anniversary party, where he sat at the elbow of Putin. Flynn has insisted RT is no different from CNN or MSNBC.

The report also stated that Russia collected data “on some Republican-affiliated targets,” but did not disclose the contents of whatever it harvested.

Intelligence officials who prepared the classified report have concluded that British intelligence was among the first to raise an alarm that Moscow hacked into the Democratic National Committee’s computer servers, and alerted their American counterparts, according to two people familiar with the conclusions.

The British role, which has been closely held, is a critical part of the timeline because it suggested that some of the first tip-offs, in fall 2015, came from voice intercepts, computer traffic or informants outside the United States, as e-mails and other data from the Democratic National Committee flowed out of the country. —NEW YORK TIMES NEWS SERVICE