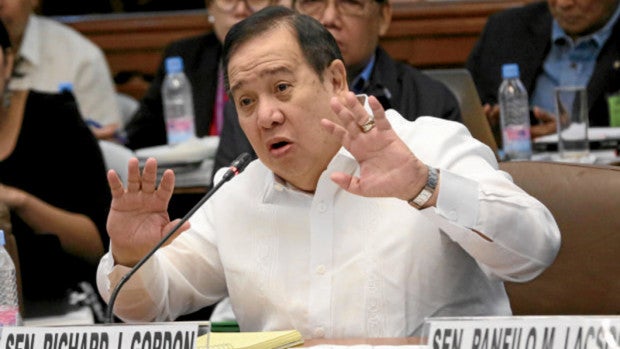 Senator Richard Gordon on Wednesday expressed dismay over the continuous killings and unsolved cases on vigilante deaths in the country and called on the Supreme Court to build special police courts.

(I don’t like the continuous killings, the police solve nothing. I don’t like what happened in Caloocan where seven people died. Even if they are drug pushers, we should still find who killed them.)

(My appeal is the police should be held responsible, every month we will check their scorecards.)

He said that the police should improve their service to arrest the suspects behind the killings. Gordon noted that other countries called out the Philippines for extrajudicial killings in 1999 and questioned why until now the police cannot seem to solve the issue.

(Wherever we go, we won’t be able to justify the killings without justice even if they are the worst people, justice should be served.)
He also asked why the investigation of the internal affairs on police involvement is taking too long when it is just an administrative case, and all of the pieces of evidence were present.

(Like in the case of Marcos, all the guns and circumstances were present, they raided the cell, the police made Mayor Espinosa kneel before shooting him. Why is it up to this day, the internal affairs has no report until the National Bureau of Investigation (NBI) meddled?)

Gordon said that the process should not be slow as the pieces of evidence against the police were strong. To expedite the hearings, the senator then called on the Supreme Court to build special police courts that will handle cases involving the police and drugs, particularly on summary executions or extrajudicial killings.

He also said that Philippine National Police (PNP) chief and regional police commanders should be given administrative powers.

(The PNP chief and the regional police commander should be given administrative powers. For example, if a police officer fired a gun during the New Year, he or she should be immediately suspended or sacked. Same goes for murder, fire the erring police officer.) RAM