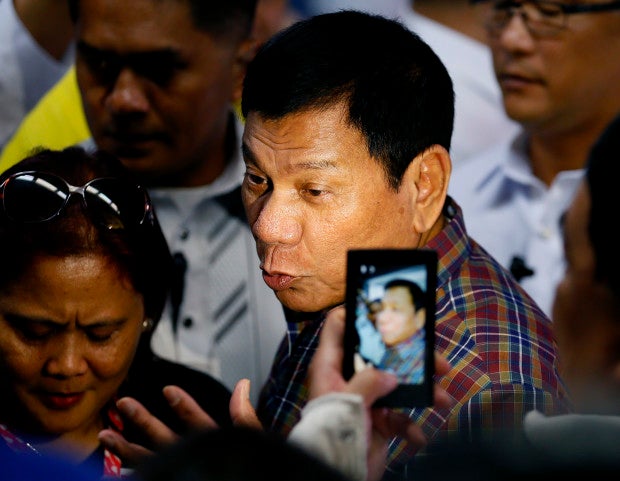 MANILA –Senator Richard Gordon’s committee on justice concluded its hearing on extra-judicial killings amid the government’s war on drugs and assured the public it would come out with a report on Monday.

At a press conference following the conclusion of Thursday’s hearing, Gordon said he found no proof that the killings were state-sponsored but conceded that President Duterte’s assurances that no policeman would be prosecuted for engaging drug offenders in armed encounters “inspired” narcotics peddlers to fight to the death.

He said that he would include in the report a brotherly recommendation calling on the President to be “less talk.” “I really believe that… As a brotherly, friendly advice, I’m not afraid of putting that in,” Gordon
pointed out.

“That is the allegation (regarding state-sponsored killings). That is how Senator (Leila) De Lima wants its to appear. On the face of it, I do not see it. I stand by what I said that President Duterte should not talk so much because I think his passion overcomes him,” Gordon remarked.

He said that President Duterte really had the courage to say that drug offenders need to go and to embolden the police force to do their part in the campaign against illegal drugs. “But what is its effect? Drug pushers are inspired to fight back because they are afraid,” Gordon said.

He said, “I don’t think these (killings) are Duterte-inspired in fairness. I don’t think he’ll push anybody to kill.”

The Senate committee on justice chairperson said that the hearings were conducted in the belief that “One death is one death too many.” But he added, “In so far as state-sponsored killings are concerned, I don’t believe it.”

Gordon attributed the rampant killings to everyone’s negligence in allowing illegal drugs to proliferate. Asked whose negligence, the senator said, “the people’s and the government’s.” 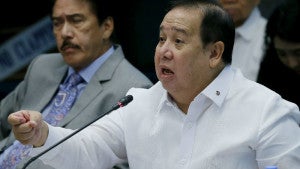 The core of the committee report, he said, would be that “killing is not a sustainable solution.” He said the report would recommend pieces of legislation, including one on a three-day deadline on the investigation of death resulting from armed encounters with policemen. Policemen involved in the encounter would be immediately suspended or dismissed and charged.  Sanctions would also be imposed on police investigator’s lapses in handling death investigation.

He said other pieces of legislation would require providing policemen with body cameras and the immediate disposal of firearms recovered from suspects slain in encounters.  SFM/rga