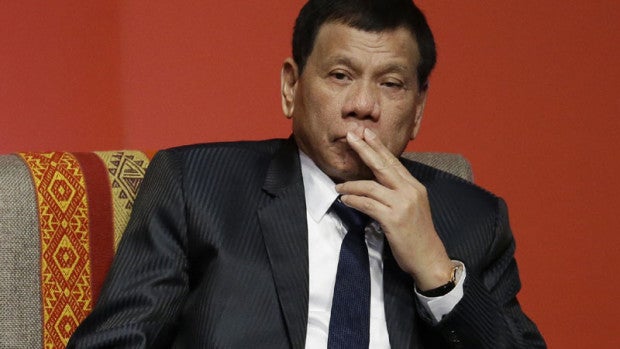 The “easiest” and “best” thing to do to dispel doubts about President Rodrigo Duterte’s health is to disclose his medical record, Senator Grace Poe said on Tuesday.

Poe made the remark when asked in an interview over ABS-CBN News Channel’s morning show, “Headstart,” if the President’s health should be a cause for concern.

“The health of the President is a cause for concern for all of us,” she said.

The senator though said Duterte seemed fine, noting that he has been going everywhere and still able to attend events.

But to dispel any speculations, Poe said the President should disclose to the public his medical record, following his own admission that he was taking cancer pills to relieve the unbearable pain in his spine.

READ: Duterte: No cancer but unbearable pain on spine

“So that people would actually not be doubting or not be suspecting that something is going on, the easiest thing to do is just to disclose your medical record so that would be the best thing to do,” she said

“Of course he can probably say: ‘Oh right to privacy’ but he’s already the President and I think that they need to be able to show that (he is) mentally and physically fit.”

READ: This is a national problem

Poe said the President need not have to disclose the details of his health condition but a mere certification from a respectable doctor saying that he is “fit and healthy” would be enough.

“Just maybe a certification from a respectable doctor that says that the President is fit and healthy and that he has no debilitating illnesses that will hamper him, that will stop him from doing his job properly,” she said.

“Maybe something like that, maybe not even going to details but certainly something that will probably allay the fears of the public,” the senator added. IDL/rga