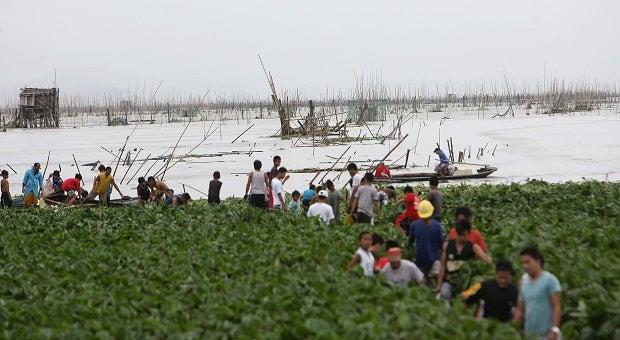 MANILA — The Department of Environment and Natural Resources will not renew the permits to operate fish pens at Laguna de Bay, which will expire this December.

“We’re not renewing any of the fishing permits that expired in December,” Environment Secretary Gina Lopez said in a Thursdaybriefing, as she bared plans to turn the lake into a “magnificent ecotourism zone.”

“By next year, we will clean up Laguna Lake, but we will pay particular attention to poor fishermen there so they continue to earn,” Lopez said.

Undersecretary for Legal Affairs Maria Paz “Ipat” Luna said fishers in the area would still be given the chance to harvest their upcoming crop, before the imposition of a possible one-year moratorium on fishing.

After allowing the lake to recover, Luna said the DENR might allow an “open fishing” scheme in the area.

“We’re allowing them to harvest their crops, and then encourage them also to self-clear those fish pens,” Undersecretary for Special Concerns Arturo Valdez said for his part.

Fish may be harvested by the first quarter of the year already, according to Valdez.