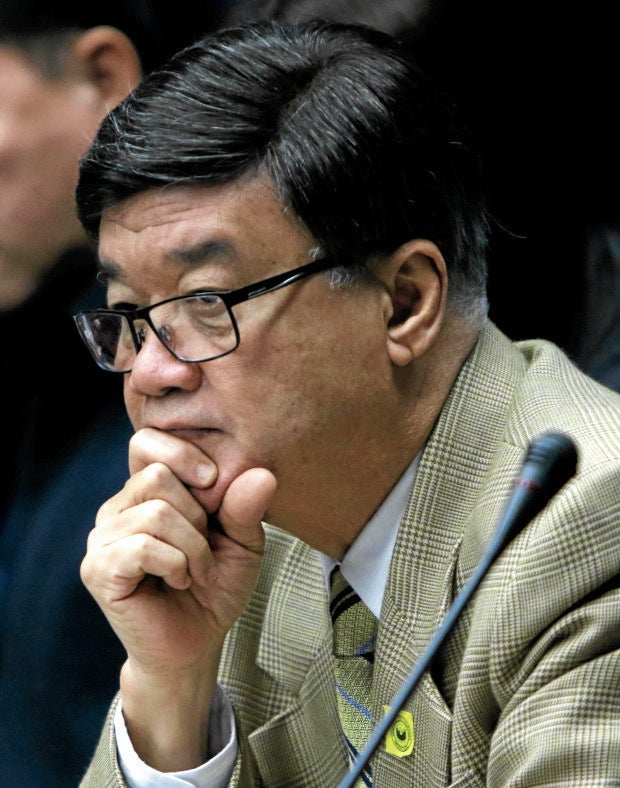 Justice Secretary Vitaliano Aguirre II said he felt betrayed as a result of the P50-million bribery scandal at the Bureau of Immigration (BI).

“You felt betrayed. You felt that they were not following the order of the President to go after corruption,” Aguirre said in a press conference.

Deputy Commissioners Al Argosino and Michael Robles, who are fraternity brothers of Aguirre and President Rodrigo Duterte of Lex Talionis Fraternitas, Inc., were linked to an alleged P50-million bribery for the release of 600 of the 1,300 Chinese nationals illegally working at Fontana Resort owned by gambling tycoon Jack Lam.

They were caught on CCTV camera receiving five paper bags of money inside a casino in Paranaque last Nov. 27.

The two admitted  receiving the money but said it was part of a continuing investigation on the corruption involving Lam and the BI.

He also admitted to be “very close” to Argosino and Robles, whom he described as constant companions during the presidential campaign. He added that he and Argosino were part of then candidate Duterte’s election legal team.

The two officials turned over the P30 million to Aguirre for safekeeping. Aguirre said the turned-over money will be counted, for validation purposes, at the Department of Justice (DOJ) and deposited in an undisclosed bank.

The justice chief has ordered the National Bureau of Investigation to conduct a probe on the matter.

“Have trust in me… I will be fair, there will be no favors to anybody,” Aguirre said. RAM/rga