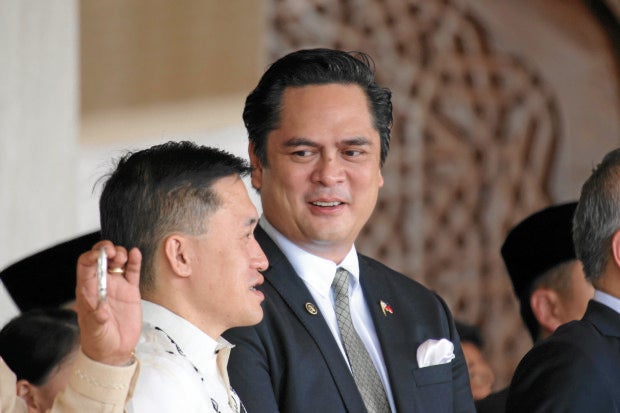 “There are two sides in every story,” Malacañang said on Monday in response to a viral New York Times article on the Duterte administration’s bloody war on drugs.

“The New York Times article [titled] ‘They are Slaughtering Us Like Animals,’ dated 7 December 2016 is totally one-sided as it depicts the Philippines as the Wild, Wild West in this part of the world,” Communications Secretary Martin Andanar said in a statement. “This is farthest from the truth.”

In his article, which featured photos of murder victims, Berehulak talked about the police operations and vigilante killings that he documented within the 35 days that he was in the Philippines.

The author said vigilantes seem to be “taking seriously Mr. Duterte’s call to ‘slaughter them all.’”

Andanar insisted that the police had nothing to do with the homicide cases perpetrated by unidentified gunmen.

“The President has not given any direct order for them to kill drug dealers and users on mere suspicion. Police operatives only neutralize those who violently resist arrest, or else they could be the ones who end up dead,” he said.

The Secretary also pointed out that “there are police officers who have already died or been killed in the war on drugs.”

“This demonstrates the magnitude of the drug problem in the country and the need for resolute and decisive response by law enforcement,” he said.

“Do your job and you will have the unwavering support of the Office of the President. I will be with you all the way. Abuse your authority and there will be hell to pay, for you will have become worse than criminality itself,” Duterte said during his first State of the Nation Address.

Andanar said foreign media should “present both sides of the story when reporting on the Philippine war on drugs.”

“We in government, including the Philippine National Police and other law enforcement agencies, would be more than willing to help in unearthing the truth and presenting the facts about the drug menace to the public,” he said.

An independent count by Inquirer shows that at least 1,775 suspected drug users and peddlers have been killed since Duterte became president./ac