Eleven senators have signed a joint committee report which found no proof that there were state-sponsored killings in the country.

Three of the signatories, however, have affixed their signatures either with reservations or have expressed intentions to interpellate and propose amendments to the report prepared by the Senate committee on justice and human rights that investigated alleged extrajudicial killings in the country, along with the Senate committee on public order and dangerous drugs. 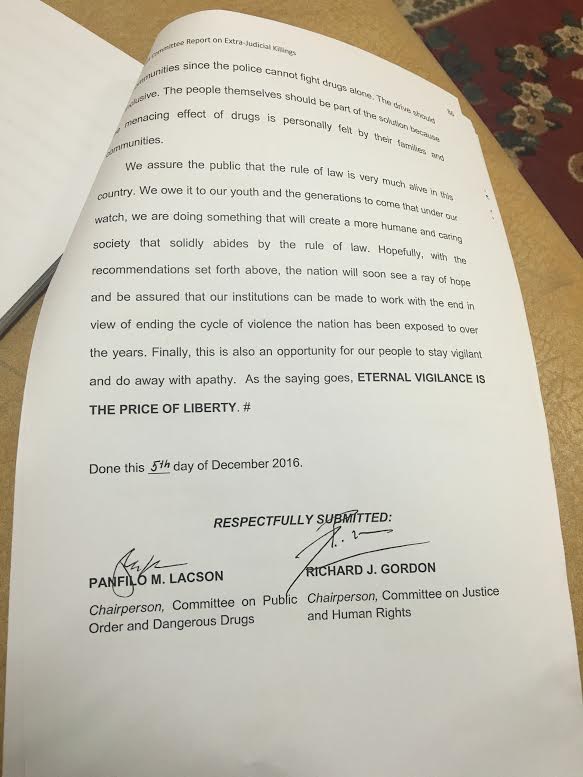 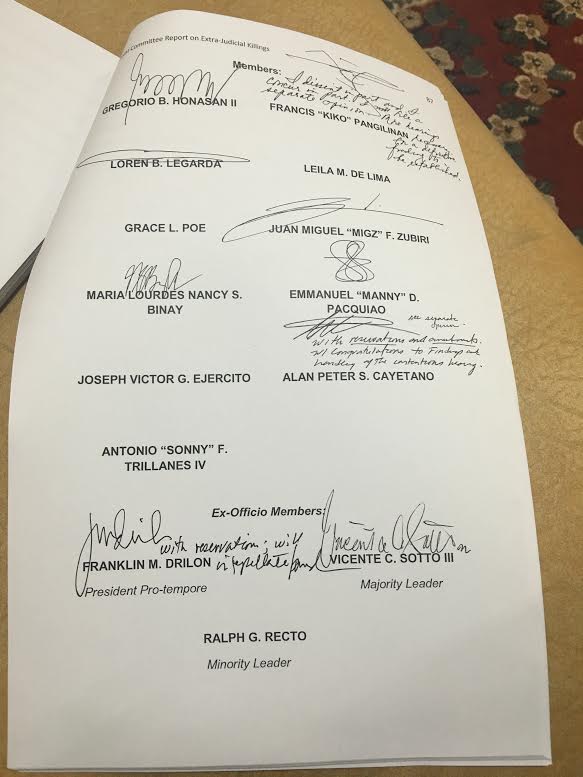 The 11 senators who signed the 89-page report of the joint panel were:

Pangilinan, in signing the report, said that “I dissent in part and I concur in part.

“I will file a separate opinion. More hearings necessary for a definitive finding to be established,” he said in his note.

Drilon signed “with reservations” and expressed intention to interpellate when the report is reported out to the plenary.

Pangilinan and Drilon are both part of the Liberal Party.

Cayetano also signed with reservations as he also expressed intention to propose amendments to the report.

The report said, “There was no proof that there is state-sponsored policy to commit killings to eradicate illegal drugs in the country.”

It however took note of “the many thousands of killings with impunity taking place every year in the last two decades at least.”

The report also found “no evidence sufficient to prove that a Davao Death Squad exists.”

The Senate probe was initiated by De Lima, who previously headed the justice committee until she was ousted from the post and replaced by Gordon. CDG/rga