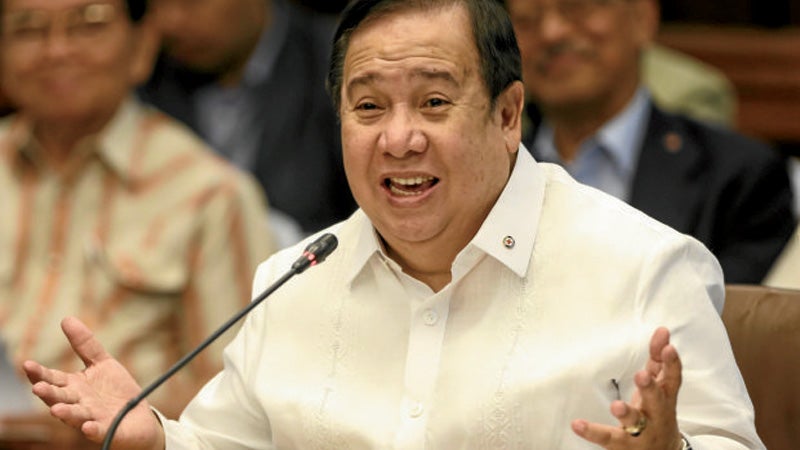 PROBE REPORT For the moment, nothing has been proven, says Sen. Richard Gordon, chair of the Senate committee on justice and human rights, which looked into allegations of summary executions in the Duterte administration’s antidrug campaign. —LYN RILLON

The Senate committee on justice and human rights is all set to clear President Duterte of alleged involvement in extrajudicial killings in his bloody war on drugs, as “nothing was proven” during the committee’s inquiry, the panel’s chair said on Monday.

But Edgar Matobato, the confessed hit man who testified that he took part in extrajudicial killings in Davao City during Mr. Duterte’s two-decade term as mayor, is expected to take a beating from the committee.

“For the moment [the President has no liability]. That is my report. Nothing was proven. First of all, I did not call on any witness other than the local police,” said Sen. Richard Gordon, the committee chair.

“Definitely, there are many killings. To be fair, there [have] been many killings even before, that [have] not been resolved. That’s the bigger problem. It is just now more noticeable because the President is noisy about it,” Gordon said, referring to unresolved killings during the Aquino administration.

Gordon, a known Duterte ally, added that he did not think the killings in Mr. Duterte’s war on drugs were state-sponsored.

During his presidential campaign for Malacañang, Mr. Duterte bragged about his iron-fist rule in Davao City and promised to scale it up for the entire country if he were elected president.

He promised to kill tens of thousands of criminals and dump their bodies in Manila Bay, where the fish would grow fat feeding on them.

Last month, as the United Nations and international human rights groups called global attention to the mounting body count in Mr. Duterte’s war on drugs, Sen. Leila de Lima, then chair of the justice and human rights panel, opened an inquiry into the alleged extrajudicial killings.

She presented Matobato, who claimed to be a member of a death squad that Mr. Duterte formed to kill criminals in the city.

He said Mr. Duterte ordered the killing of about 1,000 suspected criminals and carried out one of the slayings himself.

Matobato admitted to taking part in about 50 of the killings.

But before De Lima could establish the link between the Davao murders and the current drug killings, Mr. Duterte’s allies in the Senate stripped her of the chairmanship of the investigative committee. Gordon was elected in her place.

For Gordon, the wave of alleged extrajudicial killings in the war on drugs could be a clean-up job by police.

“The fact that there is a new policy, a new sheriff in town saying we will not fool around, the fact that the President is saying we are at war against drugs, that he unmasked five police generals [allegedly involved in illegal drugs], opened the dam for the police to kill those involved in drugs,” Gordon said.

“I believe many police officers are involved there. But is that state-sponsored? No. It’s just that they are the ones taking action,” he said, adding he would put that finding in his committee report.

Matobato is expected to be held liable for lying under oath, and for the murders he had publicly admitted.

“He might face perjury charges at the very least. And, at the most, they will have to look for murder charges against him, because he admitted [to killings]. We will submit it to appropriate authorities for proper disposition,” Gordon said.

Matobato is out on bail on illegal weapons charges in Davao City.

The police will not be spared, Gordon said.

“They will take a hit here,” he said.

Gordon terminated the hearings last week despite De Lima’s pleas for other witnesses to be presented by the Commission on Human Rights (CHR) to be given a chance to be heard.

De Lima said it was premature to end the inquiry.

“I want to see the report again so that… I will decide what I will do. Will I dissent? Will I sign? But that’s why I don’t like that the proceedings have been terminated. To me, it’s still premature. Because why are the other CHR witnesses not given the chance to be heard?” she told reporters, referring to victims’ relatives who have filed complaints in the CHR.

“Any conclusion that the killings are not state-sponsored to me would also be premature,” De Lima said.