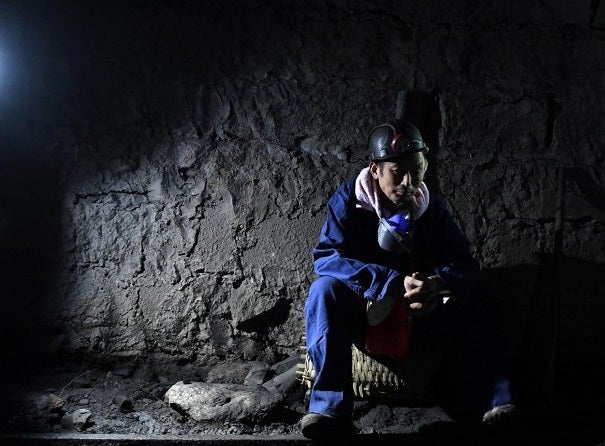 This photo taken on October 31, 2016, shows a rescuer waiting at the pithead of Jinshangou Coal Mine in Yongchuan District of Chongqing. All 33 miners missing after a colliery explosion in China earlier this week have been confirmed dead, state media reported on November 2. Another explosion on Saturday, Dec. 3, reportedly killed 59 miners in a coal mine in Chifeng, Inner Mongolia. AFP FILE

BEIJING, China — At least 59 people have been killed in two separate Chinese coal mine blasts, according to death tolls reported by state media.

A total of 181 people were working underground when the gas explosion struck the mine in the city of Chifeng, with 149 managing to escape.

In a separate incident, a blast occurred late Tuesday at a private mine in Qitaihe City, in northeast Heilongjiang province, trapping 22 workers, Xinhua said.

Rescue efforts were hampered by debris from the blast in some of the tunnels, according to an earlier report.

China is the world’s largest coal producer and deadly accidents are common.

A further 33 miners were killed in a colliery explosion on October 31 in the southwestern municipality of Chongqing, and in September at least 18 were killed in a mine blast in the northwestern Ningxia region.

Officials say the number dying annually in the country’s mines has fallen substantially in the past decade, to fewer than 1,000 a year.

But some rights groups argue the actual figures are significantly higher due to under-reporting in a sector with poor oversight. CBB