The skeleton of a sperm whale, a museum centerpiece, is a major crowd drawer. —NICO ALCONABA

Mati City—Marco Uriarte gasped as he marveled at the massive skeleton displayed at the lobby of a two-story pink building in Datu Martin Marundan village in this capital city of Davao Oriental province.

“It’s really this huge it could swallow a bus,” the 17-year-old computer student said. He broke off from a throng of young people who had gone farther inside the lobby and took selfies on a humid Sunday.

About a dozen or so, among them the student’s companions from an Iglesia ni Cristo congregation from General Santos City, milled around the skeleton of a 53-foot marine behemoth—a male sperm whale that got beached and died off Governor Generoso, Davao Oriental’s southeasternmost town, in 2010.

Nicknamed DavOr (an informal contraction for Davao Oriental), experts reconstructed the whale’s remains and brought these to the province’s repository of natural and cultural wealth.

“He’s the most popular resident here, especially to young visitors,” quipped Jubane Dagandan, one of the museum’s longtime utility personnel.

It was Uriarte’s third visit to Subangan Museum, but the Mati native confessed it still felt being a newbie. “As if I haven’t seen enough of what’s in here,” he told the Inquirer in the vernacular. 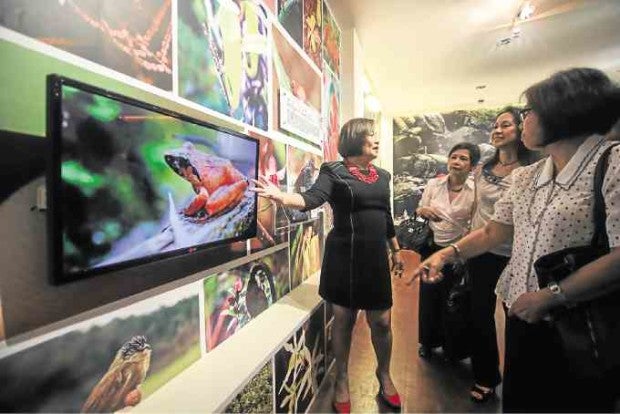 Subangan symbolizes Davao Oriental’s drive to set itself apart as a prime tourism destination in the region. At right, Rep. Corazon Malanyaon, a former governor, views a showcase of ornaments and traditional garb of the Mandaya. —PHOTOS BY EDEN JHAN LICAYAN/CONTRIBUTOR

Blessed with natural beauty and wonders, such as stunning beaches, magnificent waterfalls and a rich and colorful heritage and culture, the facility was seen as an apt move by local officials to exploit fully Davao Oriental’s tourism potential.

“This is our testimony to our people’s growth and evolution through time, a showcase of our people’s achievements and culture memento upon which our future generations can draw strength from,” Corazon Malanyaon, a former governor, said.

Now the congressional representative of the province’s first district, Malanyaon led local officials in initiating the construction of the museum, aptly called Subangan, a local word roughly translated as “the place where the sun rises.”

DavOr, owing to its size, occupies the most space and attention, but there’s more to see in the museum than the leviathan relic. Assorted cultural and natural gems are spread in interactive areas in Subangan’s two-level, 1,000-square-meter expanse.

The lobby has the cultural and biodiversity relics display, with the sperm whale as centerpiece. To the left of DavOr is an array of implements, utensils and other relics of the Mandaya tribe, Davao Oriental’s dominant indigenous peoples (IP) and to the left, exotic shells and other marine treasures teeming in the province’s waters. 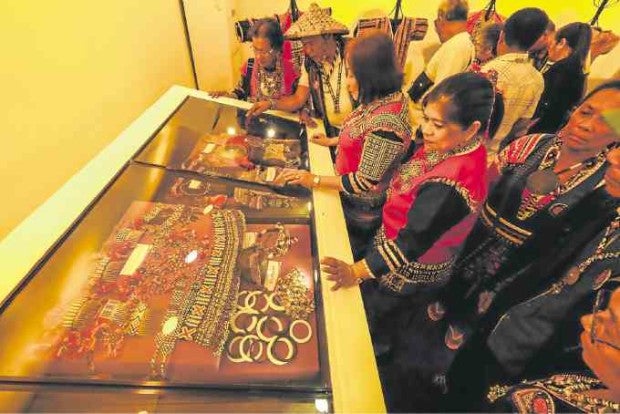 Subangan symbolizes Davao Oriental’s drive to set itself apart as a prime tourism destination in the region. At right, Rep. Corazon Malanyaon, a former governor, views a showcase of ornaments and traditional garb of the Mandaya. —PHOTOS BY EDEN JHAN LICAYAN/CONTRIBUTOR

A staircase leads to the second level—a favorite spot for visitors to take good photos of DavOr or of themselves. Aside from being enthralled with more treasure trove, tourists can view more images of whales, dolphins and tortoises on a tablet as part of a virtual journey to Davao Oriental’s marine wealth.

“I love the pictures of the sharks,” said Joseph Patalinghug, a fifth grader from Davao City, who came with his parents and several relatives.

Visitors can also have a virtual walk under a canopy of lush forests, particularly a replica of the world-renown Pygmy Forest, officially known as Mt. Hamiguitan Wildlife Sanctuary, complete with pipe-in cacophony of forest sounds.

“The kids liked the caves. They enjoyed having their pictures taken behind those rocks,” said Roderick Evangelio, who is also from Davao City. He brought along his two boys and other relatives.

For Evangeline Basang, the visit broadened her knowledge and appreciation of the richness of Mindanao heritage.

“I would really recommend this place to parents and students who would like to visit Mati,” said Basang, 56, a public school teacher from Davao City. She said she had gone to several museums in the regional capital.

Since its opening, Subangan has enjoyed brisk gate sales, racking up millions of pesos in revenue. Museum earnings  tripled last year, from just P1 million in 2014, according to Dagandan.

The number of visitors usually peaks during summer, when tourists, local and foreigners, swarm Davao Oriental’s beaches. In May, about 4,000 people paid to see Subangan.

Aside from the natural wonders, the museum’s upper level houses the cultural heritage section. People can have a glimpse and feel of the Mandaya and its Islamized brethren, the Kalagan.

Mandaya and Kalagan tools, implements and traditional garbs are on display. Among these is the “dagmay,” an intricately woven cloth made from fine abaca hemp and the dreams of Mandaya women knitting it.

Subangan has indeed become a miniature of Davao Oriental’s beauty and cultural wealth. 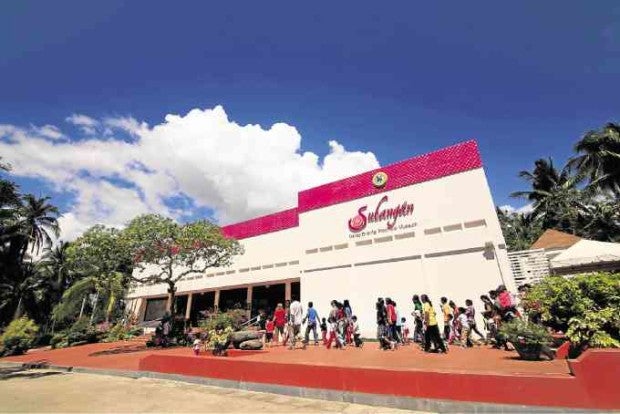 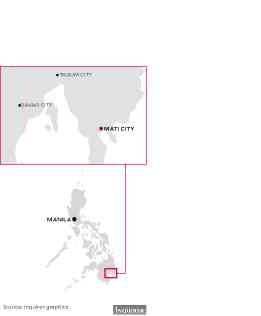 From Davao City, take a Mati City-bound bus (P270) or a passenger van (P200). At the Mati City terminal, take the tricycle (P15) or habal-habal (P30) and tell the driver to bring you to Subangan. The pink and white building is on the left side of Mati-Cateel segment of the Pan-Philippine Highway. Museum visitors  are charged P10 and P20 for children and adults, respectively, while tourists pay P20-P50 each./rga

Read Next
48 hours: Subic Bay Freeport
EDITORS' PICK
Smart reaffirms dominance as the Philippines’ fastest 5G mobile network
Stock up on oxygen amid Delta variant risk – WHO
The vivo V21 drops its price to equip the influencer in you
Why REIT investment makes sense
3.76 million Filipinos jobless in June
Anxiety over paltry lockdown aid: ‘We will die of hunger’
MOST READ
Sorry, but not really
Pacquiao seeks PNP’s help, wants ‘forged’ PDP-Laban memo probed
ABAP chief on Nesthy Petecio loss: ‘How can it be unanimous?’
EJ Obiena ends Olympic bid, crashes out of men’s pole vault final
Don't miss out on the latest news and information.