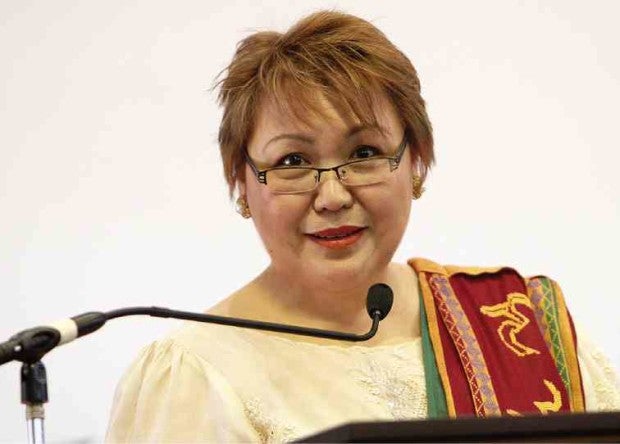 (UPDATE) “Bad things happen because we don’t do something to stop or prevent them. To stay silent or not give a damn about any wrongdoing is one way of abetting the action.”

This was what National Historical Commission of the Philippines (NHCP) chairperson Ma. Serena Diokno told graduating college students in a speech she gave in 2013. Now she’s putting into action what she preached three years ago.

READ: Live the teachings of the past for a better future

Diokno resigned Tuesday after serving for more than five years as head of the NHCP, an agency under the Office of the President and “is responsible for the conservation and preservation of the country’s historical legacies.”

A report from ANC said Diokno resigned because she believed the Marcos burial at the Libingan ng mga Bayani was wrong. The burial took place on Nov. 18, which immediately started nationwide protests.

In a letter posted on the NHCP website addressed to President Duterte dated Nov. 11, Diokno enumerated reasons why the President shouldn’t allow the Marcos burial.

Diokno centered on the premise that Marcos lied about his records as a soldier during World War II.

Diokno said Marcos’ war medals, rank and the guerrilla unit he allegedly headed were questionable based on historical records.

The NHCP website also features a gallery header that read: Why Ferdinand E. Marcos should not be buried at the Libingan ng mga Bayani?

Diokno is the daughter of late human-rights lawyer, nationalist, Senator Jose “Ka Pepe” Diokno, who was imprisoned during the Martial Law years. “Ka Pepe” was also the founding chair of the Commission on Human Rights.