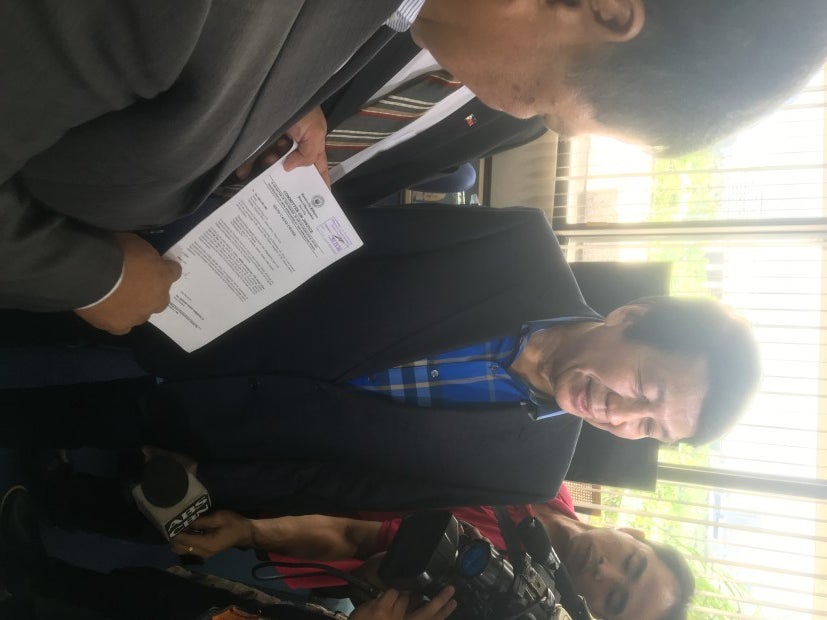 A show-cause order against Senator Leila de Lima was finally served to the Senate on Tuesday by leaders of the House of Representatives, asking her to explain within 72 hours why she should not be cited for contempt for advising her former aide to snub its inquiry.

Umali signed the order as chair of the House justice committee, investigating the alleged proliferation of illegal drugs at the New Bilibid Prison

The issuance of the the show-cause order was prompted by De Lima’s advice to her former driver, Ronnie Dayan, not to attend the House probe.

“After due deliberation, the committee resolution to issue a show-cause order directing you to explain why you should not be cited in contempt for unduly interfering with an on-going investigation, in aid of legislation, conducted by the committee,” Umali said in the order.

“In this regard, you are hereby to explain within 72 hours from receipt of this order, why you should not be cited for contempt for exerting undue influence to Mr. Ronnie Palisoc Dayan, a witness subpoenaed by the committee, and for directing said witness to defy a valid coercive process issued by the committee, thereby causing undue interference in the conduct of its proceedings during the hearings where his attendance was required,” he said.

READ: De Lima ordered to explain why she should not be held in contempt

And should De Lima fail or refuse to comply with the order, Umali said the committee will be “constrained” to take appropriate actions against the senator, which may include the possibility of citing her in contempt.

Umali, in an interview with reporters, said De Lima could respond to the order even through her lawyers. And should they receive a reply from the senator, he said, his committee will determine whether or not the explanation was sufficient or not.

“We don’t have anymore hearings. We just want her to explain so her explanation even through her lawyer will probably suffice unless it becomes necessary that we call her in to explain further if there’s a need for one,” he said.

Asked of ordering De Lima’s arrest remained an option for the House, Umali said: “We cannot say yes yet for now pero (but) we wanted to avoid that kasi yung interchamber courtesy, yun yung kahapon napag usaan namin na sana hindi na tayo umabot (because of the interchamber courtesy, which we talked about yesterday) and hopefully we can do away with that.”

Barbo said he would transmit the order to the Senate ethics committee and will provide Senate President Aquilino “Koko” Pimentel III a copy of it.

He said he would not directly give the order to De Lima as he has to await an instruction either from the Senate leader or from the ethics committee chaired by Senate Majority Leader Vicente “Tito” Sotto III.

Barbo said the 72-hour deadline issued by the House would only start after De Lima receives the order. RAM/rga 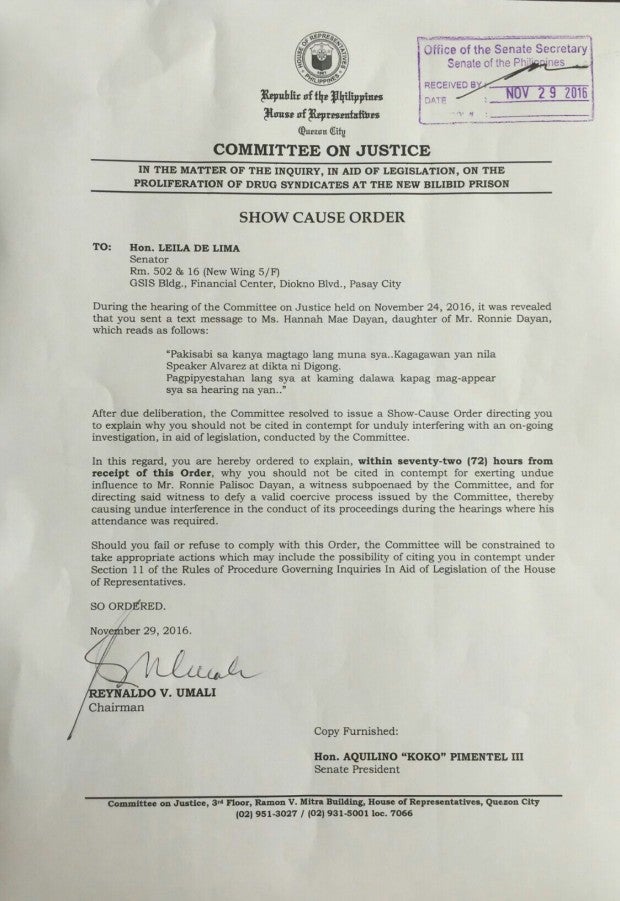