Espinosa, Dayan to be covered by Witness Protection Program 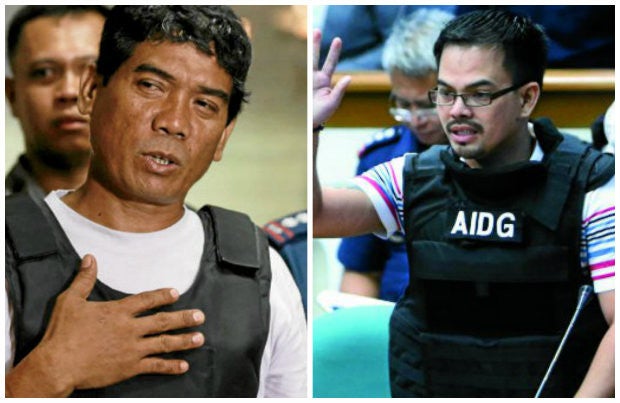 The justice chief said both Dayan and Espinosa would be given security protection pending review and approval if they were qualified for admission.

On the other hand, Dayan was the former driver and lover of the senator. He admitted receiving money from Espinosa.

“They will be under provisional coverage for the meantime while we are evaluating their qualification for WPP. When both of them are formally placed under the program, that’s the time they will be placed under our custody,” Aguirre said.

Once admitted to WPP, privileges that will be given to them include a housing facility or safe house that will be extended to their families, financial assistance, assistance in obtaining means of livelihood, payment equivalent of salary as compensation for absences in work, travel expenses and medical expenses.

The main requirement before they are admitted to the WPP is an execution of an affidavit.

Aguirre said the affidavit will be evaluated if it will be helpful to the cases being handled by the government.

Also, Aguirre added that “for them to qualify as state witnesses for WPP coverage, they must appear to be not the most guilty in the crimes charged.”

However, even if the two will be admitted to the WPP, Aguirre said it is still up to the court if they will be given immunity./rga