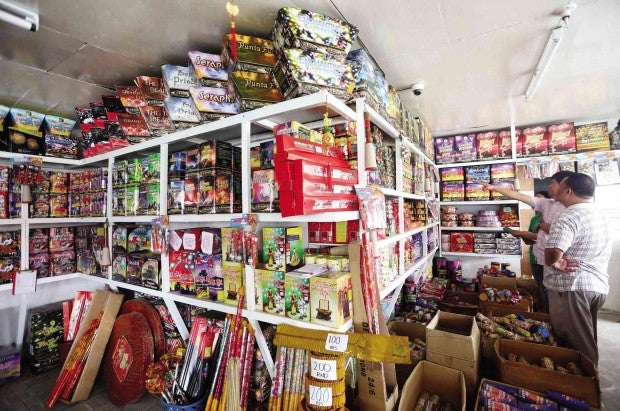 MANILA — The Department of Labor and Employment issued, on Thursday, an order stopping all work in establishments manufacturing and selling pyrotechnics and firecrackers nationwide.

“Pursuant to Rule 1012.02 of the Occupational Safety and Health Standards in relation to Article 168 of the Labor Code, as amended and renumbered, and Rule VIII of the Department Order No. 131-B, Series of 2016, this Work Stoppage Order is hereby issued for all establishments engaged in the manufacture and sale of pyrotechnics and firecrackers,” read the Order, signed by Labor Secretary Silvestre Bello III.

Bello said the work stoppage order was prompted by the recent explosions in firecracker manufacturing sites in Bulacan that left at least five people dead and several others injured.

Just last Wednesday, three people were killed and six others were wounded in an explosion at the AA Firecracker Manufacturing in Sitio Bangka-Bangkaan, Barangay Pulong Buhangin in Sta. Maria, Bulacan.

Last October 12, two persons were killed and 24 others were injured when a cluster of fireworks shops exploded in Barangay Binang 1st, in Bocaue, Bulacan.

“In view of the aforementioned accidents and with the projected increase in the production during the holidays, this Department is inclined to declare the existence of grave and imminent danger to the health and safety of workers in workplaces involved in the production of pyrotechnics and firecrackers,” the Order said.

Bello ordered all DOLE regional directors to check on the establishments’ compliance with work safety standards.

“The DOLE Regional Directors, with technical assistance from the Occupational Safety and Health Center and Bureau of Working Conditions, are hereby directed to assess compliance with occupational safety and health standards and general labor standards of the aforementioned establishments. It shall make proper coordination with the Philippine National Police, Bureau of Fire Protection and the local government units,” it added.

Bello ordered the regional directors to submit weekly reports of assessment activities and to recommend the establishments that could resume operations once found compliant with occupational safety rules.  The work stoppage order would be lifted from compliant establishments, which could then reopen their businesses.

Bello also directed the regional directors, in coordination with the Bureau of Local Employment and the Bureau of Workers with Special Concerns, to extend assistance to workers who might be affected by the work stoppage order.  SFM