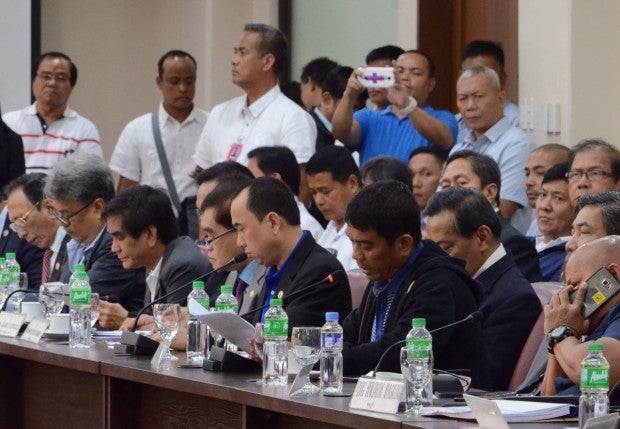 Dayan attended the reopening of the justice committee hearing at the House of Representatives on Thursday.

In his affidavit, Dayan denied receiving the amounts of P3 million, P5 million and P1.6 million from Ragos.

Ragos in his testimony said he delivered the money to De Lima’s bagman and former driver Dayan at least nine times.

Dayan said what he saw was Ragos himself giving an envelope and a box to De Lima. But Dayan said he does not know if it contains money.

Dayan also denied receiving any bag of money from Ragos.

In his testimony, Ragos alleged that the total money he gave to Dayan amounted to P14.3 million for De Lima, correcting his earlier testimony that he had delivered P10 million.

He said the first two times covering P10 million, or P5 million each delivery, involved him going to the residence of De Lima in Paranaque.

Ragos said he personally saw Dayan give the bag of money to De Lima.

The rest of the money he only delivered to Dayan, Ragos said.

Ragos said Dayan has a tendency to amass millions of money from the Bilbid drug trade.