No record of Marcos remains in Batac, says health exec 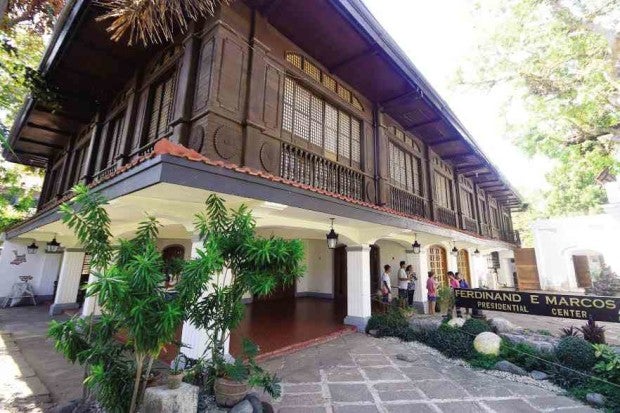 The museum housing the memorabilia of strongman Ferdinand Marcos stands on the family compound in Batac City in Ilocos Norte province. —WILLIE LOMIBAO

BATAC CITY—For 23 years, what appeared to be the preserved remains of dictator Ferdinand Marcos had been on display inside a mausoleum that was open to tourists wanting to have a glimpse of the man.

But there was no paper trail to establish how officials made sure the body would not become a health risk to the community. Or if it was, as critics often assert, a simple wax figure.

She, however, admitted that her staff had not kept any record of the visits nor the results of their inspections.

“There was no record because there was never any untoward incident that could have triggered the recording,” Agbayani said.

Marcos’ body was never considered a health risk because through the years, it had been kept inside the sealed glass encasement, she added.

The Batac civil registrar’s office did not have a copy of Marcos’ death certificate, which would have been required to be presented on the body’s arrival in September 1993 following the family’s exile in Hawaii in 1986. Marcos died in 1989.

The death certificate would also be a requirement when the body was brought to Batac.

“Since I came to this office in 1996, I do not remember having seen Apo Marcos’ death certificate. It was the Hawaii government that issued it, being the place of death,” said Lorlyn Flordeliz Ulit, Batac civil registrar.

When the body was sneaked out for burial at Libingan ng mga Bayani on Nov. 18, Marcos’ family may have also violated government regulations on the handling and transport of the dead.

The regulations were part of Presidential Decree No. 856 (Sanitation Code of the Philippines) issued by Marcos himself.

Section 4, Chapter 21 of the decree’s implementing rules required, among other things, a permit for the transfer of a person’s remains from one location to another.

Agbayani said her office did not issue any permit for the transport of the body from this city to Libingan in Taguig City.

“We believe there was no need for one because it was no longer considered a cadaver, being just made up of [what we believe are] skeletal remains. So, no one applied for a permit,” she said.

Before such a permit is issued, health officials must require the family to present the person’s death certificate. 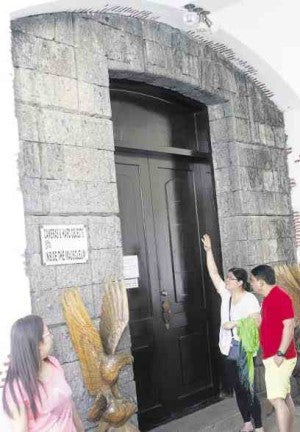 The door to the Marcos mausoleum has been shut to tourists. —LEONCIO BALBIN JR.

But the provisions of the law requiring permits for the exhumation of remains also did not apply, Agbayani said, because Marcos had not yet been considered buried before.

The decree also supposedly required regular visitation of the mausoleum, with the city health office keeping a record of each inspection.

The city health office, however, played no part in the procedures before the transport of Marcos’ remains for burial at Libingan last week, Agbayani said.

“We were also never informed of the [body’s] movement [from the mausoleum to Libingan ng mga Bayani]. We were just as surprised, as everyone else, when we [heard] it in the news,” Agbayani said.

Both the city health official and civil registrar’s statements, however, contradicted pronouncements made by Batac City Mayor Albert Chua, who said he was certain the Marcos family followed proper procedures in the transport of the body.

“Whatever documents that needed to be secured, I’m sure these were all obtained before the transfer. I have not seen any of these because these did not have to pass my office for approval,” he told the Inquirer on Tuesday.

The secrecy that shrouded the transfer of the body was deliberate, Chua said, in the family’s effort not to draw attention and avoid a clash between its supporters and anti-Marcos groups.

“Our people never doubted the Marcos family’s intentions when they kept preparations for the burial secret. We know they only meant well, what they think is best for the country,” he said.