De Lima unperturbed even if Dayan has turned against her 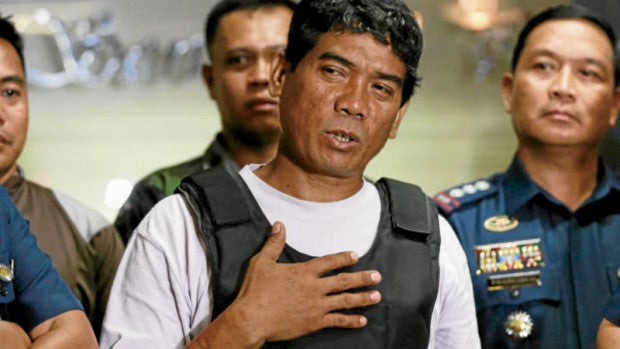 Senator Leila de Lima believes that her former driver, Ronnie Dayan, has been “successfully turned” as one of her many accusers by the Duterte administration.

“Nevertheless, I welcome this as an opportunity to clear my name as soon as all these fiction stories of the underworld are weaved into a complete but grotesque tapestry and finally filed before a court of law where I can properly defend myself, hopefully this time without the fanfare and the drama of my persecution before the media,” De Lima said in a statement on Wednesday.

De Lima reiterated her challenge to her accusers to bring their cases against her before the courts, saying she was always ready to prove her innocence at a proper forum.

“And even as they portrayed Ronnie Dayan as the missing link to their drug conspiracies, his arrest and so-called admissions yesterday present an opportunity for me to put this issue to a close,” she said.

“I still hope that the authorities, in the exercise of their duties, act within the bounds of the law, without abusing their powers and using force and intimidation on purported witnesses, including Ronnie Dayan,” the senator said.

De Lima admitted that she had an affair with her former driver. Dayan, at a press conference Tuesday, confirmed this, saying their relationship lasted seven years.

READ: Dayan on ‘L’affaire’ De Lima: We had a relationship for 7 years

Dayan, in the same presscon, also claimed that he received money from suspected drug lord Kerwin Espinosa five times in 2014 on behalf of the lady senator.

“Meron akong natatanggap… para kay senadora po (I got money for the senator),” he said.

De Lima remained hopeful that justice and truth would prevail.

“May justice and truth prevail today and the days to come, as we sort out the truth from the lies that are easily weaved into this tall-tale narrative of a human rights and justice advocate turned drug queen,” she said.

“Regardless of the Goebel’s playbook they are following, a lie repeatedly told can never become the truth. Instead, the truth revealed will set us all free from this madness that we should stop from becoming our new normal,” the senator added. IDL