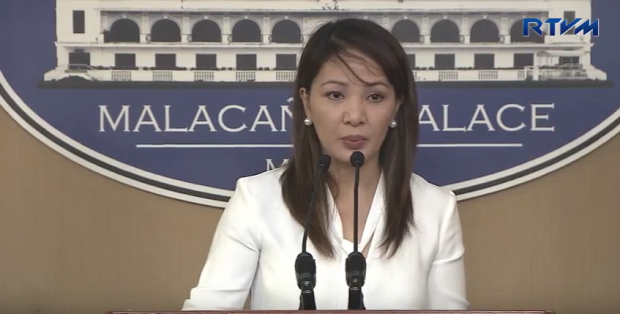 Even the communications team of President Rodrigo Duterte was surprised at the burial of former President Ferdinand Marcos at the Libingan ng mga Bayani (LNMB) on Friday morning.

In a Palace briefing, Assistant Secretary Marie Banaag said the Presidential Communications Office (PCO) wasn’t aware of the date of the burial.

“So far, the PCO has no knowledge of that instruction. We don’t have any knowledge of the burial. The schedule and everything, we don’t have. Perhaps, the PNP [Philippine National Police], yes,” Banaag told reporters.

“We don’t really know. We honestly don’t know,” she added.

The burial of Marcos at the hero’s cemetery happened while Duterte was on his way to Peru to attend the Asia Pcific Economic Cooperation meetings.

Joining Duterte were eight of his Cabinet members, including Communications Secretry Martin Andanar.

President Duterte earlier gave the go signal for Marcos to be laid to rest at the LNMB, a move eventually upheld by the Supreme Court.

The SC earlier dismissed petitions to stop the burial of Marcos at the Libingan by a 9-5 vote.

The burial of Marcos at the hero’s cemetery was a campaign promise of Duterte to “heal and unite” the nation. IDL/rga