4 hurt in scuffle of 20 fratmen at hotel lobby 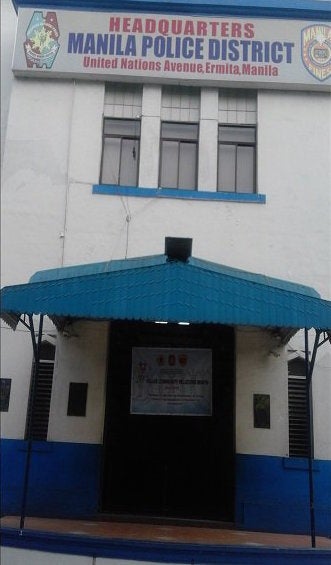 MANILA — Four were hurt when about 20 members of the Gamma Delta Epsilon Fraternity and Aeges Juris Fraternity figured in a scuffle at the entrance lobby of the Manila Hotel early Sunday morning.

After the brawl, the groups ran away from the hotel.

Riparip explained that the police have not decided whether to file a criminal complaint against the groups.

Riparip added that none of the suspects was arrested. He said both groups went to the police office to have the incident recorded in the blotter.

“It will be a charge-counter charge scenario, which means they will file charges against each other,” Riparip told the Philippine Daily Inquirer.

Lawyer Joshua Estipona, who represented the Gamma Delta Espilon, declined to elaborate on what happened. He said both groups were just trying to get “last minute tips” as part of their preparations for the bar examination when the scuffle ensued.

Police are still establishing who started it and why it erupted.

Members of the Aeges Juris, meanwhile, laughed as they turned down the request for interview.

In his written statement to the police, Trangia, 21, said he and some of his frat brothers were staying at the hotel during the weekends.

Before the scuffle, he said, they were waiting for the valet to bring the car when Ayong allegedly approached them.

Then, a brawl ensued.

Chan echoed what Trangia said. He also accused members of the Gamma Delta Epsilon of being drunk during the fight. He added that the Gamma fraternity members were armed with belts and batons.

Both Trangia and Chan were from the Aegis Juris Fraternity.

Garcia said the “rumble” started after he kicked Ayong.

Garcia said they were standing outside the hotel, when Ayong and his frat brothers arrived.

“Papasok na sana si Ayong sa pinto ng Manila Hotel ng biglang humarap sa amin at lumapit sa akin na tila magbibitaw ng suntok. Doon na ako napilitang sipain siya at doon na nagsimula ang rambol (Ayong was about to step into the Manila Hotel when he suddenly turned towards us, approached me and seemed ready to throw a punch. That was when I was forced to kick him, which triggered the rumble),” he added.   SFM

Read Next
Immigrants demonstrate against Trump as protests continue
EDITORS' PICK
Smart offers wireless fiber-like speeds to Filipino homes with country’s first 5G Prepaid Home WiFi
House OKs bill allowing married women to retain maiden surname
Pandemic prognosis: Where does it go from here?
This new condo in the South will make you want to turn a new leaf
Legarda: Ending Violence Against Women, a cause for all
Google won’t accept election ads for 2022 national polls
MOST READ
Bongbong Marcos to face another disqualification case
Christine Bersola, Julius Babao cleared of cancer after colonoscopy, endoscopy
Former PM Abe says Japan, US could not stand by if China attacked Taiwan
Tropical storm intensifies as it approaches PAR
Don't miss out on the latest news and information.