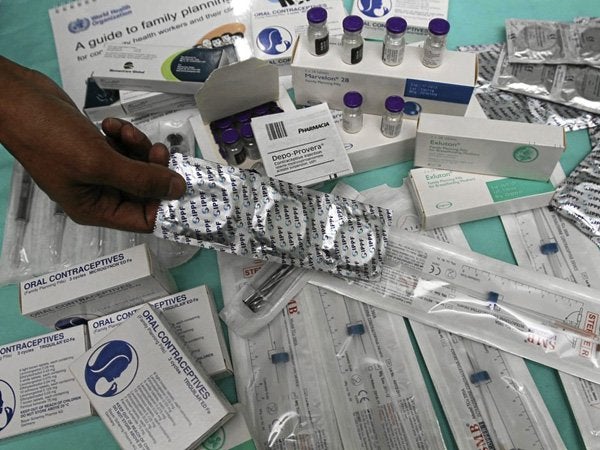 MANILA — The Commission on Human Rights (CHR) called out Sorsogon City Mayor Sally Lee for allegedly withholding artificial contraceptives from women residents despite the existence of the Responsible Parenthood and Reproductive Health Act or RH Law in the last four years.

The human rights watchdog said it has documented reports of denial of family planning products, the added financial burden on women who had to purchase these products and of women from far-flung barangays who have been denied reproductive health services.

It has also documented reports of unwanted pregnancies and instances when women give up their babies for adoption as a result of the denial of RH services.

CHR has also reported a “misinformation” campaign by the Sorsogon city government spreading claims that artificial contraceptives cause cancer and associating contraceptive use with abortion.

“The women of Sorsogon City continue to be deprived of artificial family planning commodities from the city. Their needs are instead supplemented by efforts of the national government through the Department of Health,” the CHR said after conducting a national inquiry on reproductive health rights earlier this year.

The investigation found that some local government units like Sorsogon City “disregard and disrespect” women’s choice of family planning methods and commodities four years after the RH law was passed in 2012.

CHR said the law is not uniformly implemented across the country due to varying political will of local government officials.

It cited Sorsogon City where Lee issued Executive Order 03 on February 2, 2015 declaring a “pro-life” city, which resulted in the withdrawal of all artificial contraceptives in city and community health centers.

“There is outright refusal to implement the RH law particularly with respect to the provision of artificial contraceptives and giving women the whole range of reproductive health services and information,” CHR said.

The watchdog said “active religious resistance” to artificial RH commodities have also been found in Leyte and Samar.  SFM

Read Next
4 hurt in scuffle of 20 fratmen at hotel lobby
EDITORS' PICK
Over 3 Million worth of prizes to be won at Smart Padala’s SENDali Manalo Promo!
Gear up and get ready to play with Yamaha Mio Gear
Acer starts the year off strong with the Aspire Vero National Geographic Edition
If elected VP, Sara Duterte will push for mandatory military service for all Filipinos
Senate bill seeks to penalize employers requiring employees to work during rest hours
Marcos-era elections: Not what his son signed up for
MOST READ
Jose Manalo’s son Benj pays tribute to late mother: ‘You’re a testimony of God’s love’
Vice mayor slams Vico Sotto for turning Pasig into a ‘puro palabas’ city
‘Sampal sa gobyerno:’ Drilon wants unvaxxed PAO chief barred from working
Bongbong-Sara tandem names 7 candidates in initial senatorial slate
Don't miss out on the latest news and information.