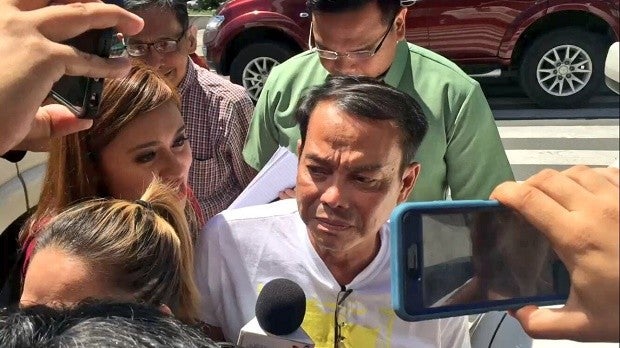 A firefight between Espinosa and Raul Yap and the operatives of the Criminal Investigation and Detection Group in Northern Leyte (CIDG8) resulted in the deaths of the two detainees, a police incident report said.

“Detectives of Northern Leyte CIDG8 led by PCI Leo Laraga together with RMU8 as participating unit implemented two search warrants inside the Sub-Provincial jail at Brgy. Hipusngo, Baybay City, Leyte in which a firefight ensued between the suspects (subject of the search warrant) and the CIDG8 operatives that resulted [in] the [deaths] of the said suspects namely: Rolando Espinosa and Raul Yap,” the report said.

Albuera, Leyte Police Chief Juvy Espinido said CIDG operatives went to the prison to serve a search warrant amid an allegation that the mayor illegally possessed firearms, when the two allegedly resisted, Radyo Inquirer 990 reported. Espinosa and Yap were killed at past 4 a.m., he said.

Espinosa was earlier charged with possession of drugs and unlicensed firearms after a raid on his house yielded at least 11.5 kg of “shabu” and several firearms and ammunition.

He had previously sought protective police custody for fear of his life after he and his son, Kerwin, were tagged as among Eastern Visayas’ biggest drug lords.

The younger Espinosa was arrested in Abu Dhabi in the United Arab Emirates  and remains under UAE custody while authorities there investigate whether he had been involved in illegal activity in the country. CDG