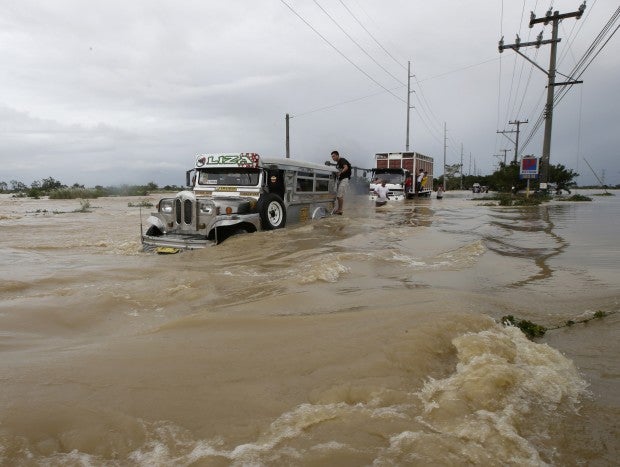 KORONADAL CITY — Local officials in Koronadal City shut down, on Wednesday, a major highway linking Koronadal and General Santos City due to flash floods spawned by moderate to heavy rains.

Cyrus Urbano, the Koronadal City administrator, said traffic flow along portions of the Koronadal-General Santos highway, particularly in Barangay Carpenter Hill, was closed at 4 p.m. after the flood water with mountain debris covered an 800-meter stretch of the road.

Motorists from General Santos coming to Koronadal City were advised to take a detour from Crossing Rubber in Tupi town, South Cotabato, to Tampakan town and then to Barangay San Roque in Koronadal City. This is about 20 kilometers more travel time for motorists.

Those from Koronadal City going to General Santos were advised to take the Barangay Barrio Dos to Tupi town route and then the Tampakan-General Santos route.

Urbano said three backhoes and graders were deployed to clear the highway of woods and debris as soon as the water subsides.

At least a dozen homes were submerged by flash floods last week when the road side drainage in Barangay Carpenter Hill also overflowed.  SFM

Read Next
‘Bato’ lambasts ‘biased’ media reporting on PH war on drugs
EDITORS' PICK
We Can’t Guarantee You’ll Win a P20 Billion Jackpot, But We Can Help You Try
Foreigners prepare to flee as China virus toll tops 100
SM continues to send relief assistance to remote towns in Batangas
Best Gift Ideas in the Philippines
Sex on the menu for Pogo workers
First female commodore named
MOST READ
Sex on the menu for Pogo workers
‘Normal people doing normal work’ need not wear mask – WHO official
Kobe Bryant gear pulled out of Nike online store in wake of his death
Lacson on VFA impact study: ‘Better late than never’
Don't miss out on the latest news and information.