Kerry says ’embarrassing’ US election has made job harder 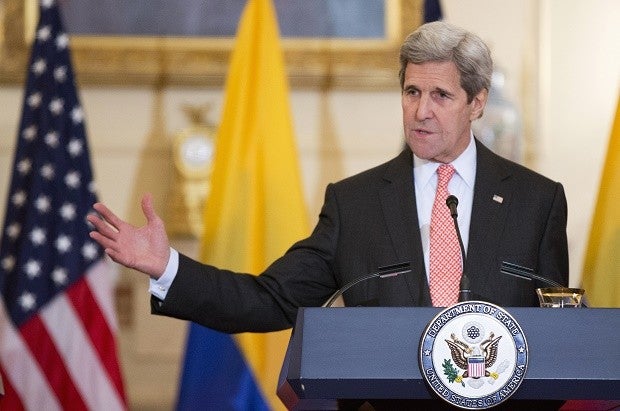 LONDON—US Secretary of State John Kerry said Monday he had found parts of this year’s race for the White House “downright embarrassing”, adding it had made his job more difficult.

“I must tell you bluntly. This election has been difficult for our country’s perception abroad,” he told students at an event with Mayor of London Sadiq Khan during a visit to Britain.

“There are moments when it is downright embarrassing. There are times when it steps out of any norm that I’ve known — and I ran for president in 2004.

READ: US vote between ‘a warmonger and a madman’ — Oliver Stone

“I could never imagine debates that were not focused on real issues, so it’s been a real change.

The race for the White House has turned increasingly toxic, with Donald Trump fuelling wild conspiracy theories about vote “rigging” and Hillary Clinton warning that the provocative billionaire was straying into authoritarianism.

Kerry said: “And the way it’s made it difficult for me is that, you know, when you sit down with some foreign minister in another country, or a prime minister of another country, and you say ‘hey, you know we really want you to move more authoritatively towards democracy’, they look at you.

Kerry was in London to accept an international diplomatic prize from the Chatham House think tank, which he was jointly awarded with Iranian Foreign Minister Mohammad Javad Zarif for their part in the Iranian nuclear deal.

He also co-hosted a meeting with British Foreign Secretary Boris Johnson on Libya, attended by the Libyan prime minister and representatives of France, Italy, the United Arab Emirates and Saudi Arabia.