US vote between ‘a warmonger and a madman’ — Oliver Stone 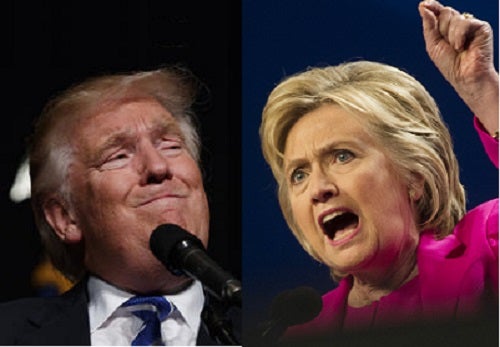 The debate between Republican Donald Trump (left) and Democrat Hillary Clinton (right) will be between a ‘madman’ and a ‘warmonger,’ said film director Oliver Stone. AP FILE PHOTOS

GENEVA, Switzerland — US voters are being given the unpalatable choice for president between “warmonger” Hillary Clinton and “madman” Donald Trump, anti-establishment director Oliver Stone said in an interview aired by Swiss television Monday.

“We’re between a rock and a hard place,” Stone told public broadcaster RTS.

In the interview shown just hours before the first presidential debate is televised in the United States, Stone said he believed Trump was “dangerous” and that Clinton would win.

But he had harsh words for the first woman to get this far in a US presidential election, stressing that “people don’t like her. They sense that she is lying, acting.”

Stone warned that once elected, people should expect Clinton to be “much more aggressive” than current President Barack Obama, both on the war in Syria and against Russia.

Pointing to her support of intervention in Libya, and for the wars in Iraq and so-called surge in Afghanistan, he suggested that Clinton was driven by the same “impulses” as late former British prime minister Margaret Thatcher.

“Maybe she has something to prove psychologically,” said Stone, whose latest movie is a biographical political thriller about Edward Snowden, the former intelligence contractor who revealed a vast US surveillance program in 2013.

As for Trump, Stone said he was “charming” and good at doing things that are “watchable on television,” but cautioned that “there is a madman inside of him.”

“And I think in her there’s a warmonger, so it’s between a warmonger and a madman,” he said. CBB