‘We’ll be guided by Ramos’ wisdom’—Andanar 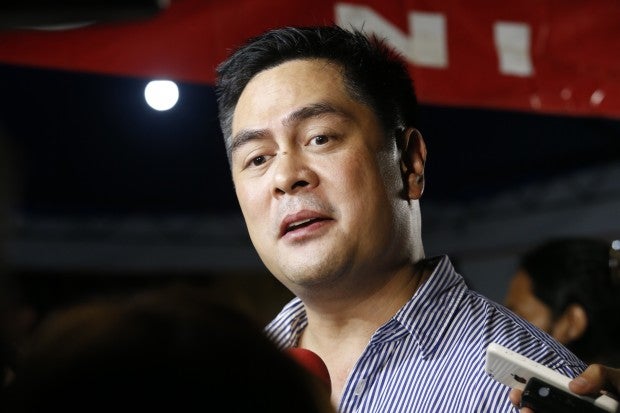 While they may have different approaches, Malacañang on Monday said President Rodrigo Duterte and former President Fidel V. Ramos have the same principles on the issue of climate change and that the administration will be guided by the latter’s “wisdom.”

“It is only in the approach or method the two leaders differ on the issue of climate change. Each has his own style and we have to learn to respect the difference,” Presidential Communications Office Secretary Martin Andanar said in a statement.

“(Ramos) agreed in principle with the President’s position when he said and I quote, ‘The President maybe is correct in saying that developed countries who are responsible for the majority of historical emissions should carry the larger burden of limiting emissions and that developing countries, such as the Philippines, who contributed little to historical emissions should be allowed to continue to grow their economies, especially if such is done in the context of sustainable development and poverty eradication,'” he added.

Andanar was reacting to Ramos’ strongly worded column in a Manila broadsheet titled “Climate change: Attention P Digong, Cabinet and Congress,” where he urged the administration to ratify the Paris agreement on climate change. Citing the onslaught of typhoons “Karen” and “Lawin,” Ramos said Duterte’s refusal to honor the historic climate pact on cutting carbon emissions will expose the country to more environmental risks.

READ: Does Duterte know how to listen?

“In his consistently frequent insulting diatribes against the US (United States), EU (European Union) and the UN (United Nations) in which President Du30 also keeps complaining against the December, 2015, Paris Agreement on Climate Change (crafted by 195 nations, the Philippines included), he is unwittingly shooting himself in the mouth, and also all of us, 101.5 million Filipinos,” Ramos wrote.

“He may claim that to be more ‘insulting than friendly’ to our long-established allies is part of his God-given ‘destiny.’ But, this is obviously wrong, and full of S…. T!!!” he added.

Duterte earlier said the government would not honor the Paris climate accord as it would only limit the country’s industrial growth, calling it “stupid” and “absurd.” The international treaty was signed by countries that participated in the 21st Conference of Parties in France last year, including the Philippines.

Read Next
Cohort of suspected drug lord in Cebu, 2 nabbed in buy-bust
EDITORS' PICK
Work-From-Home is here to stay and requires reliable logistics
Renewal of driver’s license now requires taking LTO education seminar
Climate Change Commission and Nestlé PH to discover sustainability-focused solutions
Legarda emphasizes role of ICC/IPs in nation building this IP month
PH still at bottom of COVID-19 economic resilience ranking
TNT nears PBA crown after rout of Magnolia in Game 4
MOST READ
Drivers now required to take driver’s education upon license renewal – LTO
Marcos Jr’s ‘special diploma’ from Oxford: You can have it, too
OVP spox to Imee Marcos: Robredo is an extraordinary lawyer
Don’t do that: Robredo to supporters calling to boycott restos supportive of Marcos
Don't miss out on the latest news and information.