PRESIDENT Duterte on Monday said his administration would not honor the historic Paris Agreement on climate change that the Philippines adopted along with about 200 countries in December 2015, saying the covenant was “stupid” and “absurd.”

The tough-talking President said the international treaty, signed by countries that participated in the 21st Conference of Parties in France, would only limit the country’s industrial growth.

Speaking at sendoff ceremonies in Malacañang for Filipino athletes bound for the 2016 Olympics in Rio de Janeiro, Brazil, the President said a foreign ambassador recently reminded him of the country’s commitment to limit its carbon emissions.

He said he was angry with the ambassador and “wanted to kick him” when the diplomat, whom he did not identify, asked him if the Philippines could maintain the level of its carbon footprints.

“I said, ‘No. I cannot tell … You don’t do it that way, Mr. Ambassador. [Your country] has reached the apex [of industrialization] and along the way put a lot of contaminants and emissions, and went ahead in destroying the climate,’” the President recalled as telling the ambassador.

“We have not reached the age of industrialization. We’re now going into it. But you are trying to stymie [our growth] with an agreement that says you can only go up to here,” he added. “That’s stupid. I will not honor that.”

When the ambassador told him that the Philippines was a signatory to the agreement, Mr. Duterte replied: “That was not my signature. It’s not mine … I will not follow.”

The President also said the climate change agreement was forged just when the Philippines was on its way to develop its own industries.

“Now that we’re developing, you will impose a limit?” he said. “That’s absurd.”

“That’s how very competitive and constricted our lives now. It’s being controlled by the world, it’s being imposed upon us by the industrialized countries. They think that they can dictate the destiny of the rest of the [world],” he added.

In December last year, representatives of 195 nations that gathered in Paris for the United Nations Climate Change Conference agreed to keep the increase in global temperature at below 2 degrees Celsius—considered the threshold that separates humanity from the most destructive and dangerous effects of global warming.

The Paris Agreement pegged global efforts toward limiting the increase in temperature to 1.5 C above preindustrial levels.

In April, four months after the hard-won deal was clinched in Paris, the Philippines along with more than 170 countries signed the climate pact.

After signing, countries must formally approve the Paris Agreement through their domestic procedures.

The agreement will enter into force once 55 countries representing at least 55 percent of global emissions have formally joined it.

Under the agreement, countries set their own targets for reducing emissions of carbon dioxide and other greenhouse gases. The targets are not legally binding, but countries must update them every five years.

The Philippines has pledged to reduce carbon emissions by 70 percent in 2030 through greater use of cleaner and renewable energy, improved mass transport services, more efficient waste management, reforestation and forest protection, and cofiring biomass, said former Environment Secretary Ramon Paje, who represented then President Aquino during a signing ceremony in New York.

In 2015, the strong El Niño weather phenomenon as well as human-caused global warming pushed the global average surface temperature to 0.76 C above the average observed in 1961-1990.

In the Philippines, the Department of Agriculture put the loss in food crops attributed to El Niño at P3.4 billion in 2015—excluding farm damage caused by strong typhoons that also reached billions of pesos.

Its 300-kilometer-per-hour winds and the storm surges these spawned killed some 6,300 people, injured 28,000 others and displaced 4.1 million.

Yolanda was one of the extreme weather events caused by climate change, according to scientists. With a report from Inquirer Research 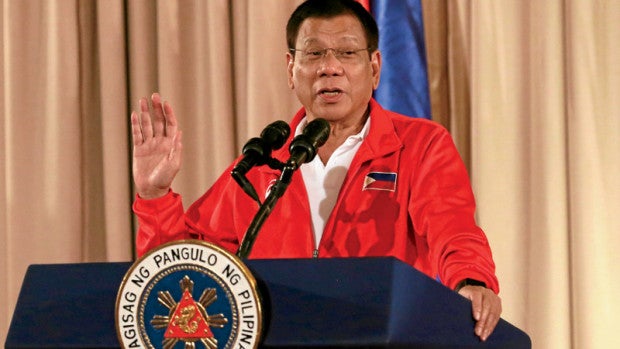