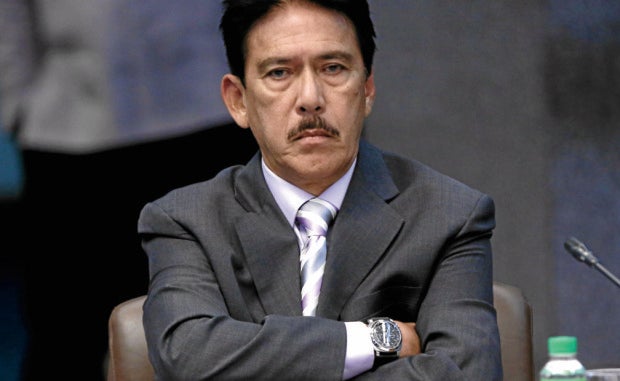 Senate Majority Leader Vicente “Tito” Sotto III has sought the passage of a measure that would exempt public officials from the imposition of a preventive suspension if the offense charged against them was committed even before their incumbency.

Sotto filed Senate Bill 1207 that seeks to amend section 13 of Republic Act 3019 or the Anti-Graft and Corrupt Practices act by providing an exception to the imposition of preventive suspension against public officers.

Under the bill, the preventive suspension order should not be implemented against any incumbent public officer, who is “no longer connected with the office wherein the offense charged was committed.”

“As preventive suspension is imposed to prevent an accused from influencing potential witnesses or tampering with records, the change in the circumstances of the public officer being charged effectively removes the aforesaid threat, thus defeating the very spirit and intent of the law,” the senator said in the explanatory note in the bill.

“In order to correct such ambiguity, this measure is introduced,” he further said.

Sotto pointed out that RA 3019 was enacted in 1960 “with the laudable intent of breathing life into the time-honored principle that a public office is a public trust.”

The law, he said, penalized certain acts committed by public officers and private individuals in order to curb corrupt practices and graft in corruption.

“Almost six (6) decades had passed since its passage, thus the prevailing conditions then might be different from now. Therefore, amendment thereto is now being sought,” the senator said.

As Majority Leader, Sotto also currently chairs the Senate committee on rules, which is studying Sandiganbayan’s letter, directing the Senate President to implement the suspension order against Senator Joseph Victor “JV” Ejercito over the alleged anomalous purchase of high-powered firearms when he was still mayor in San Juan City in 2008.

Senate President Aqulino “Koko” Pimentel III earlier said that his office, under the rules, has no power to suspend a member of the chamber.

READ: Koko: I don’t have power to implement suspension order vs JV

“Wala po doon ‘yun (It is not a part of the responsibilities), so I am letting the committee on rules interpret the rules, find out where the power belongs, or if the exercise of the power can be justified,” he said. IDL