Abu Sayyaf got $7.3 million from kidnappings 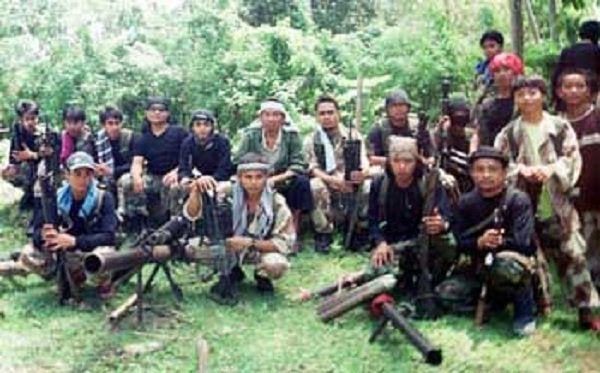 Abu Sayyaf pocketed at least P353 million ($7.3 million) from ransom kidnappings in the first six months of the year and have turned to abductions of foreign tugboat crewmen as military offensives restricted the militants’ mobility, a confidential government report said.

The joint military and police threat assessment report seen by The Associated Press on Thursday said the offensives have reduced the number of Abu Sayyaf fighters slightly, although the group remains capable of launching terrorist attacks.

Government offensives have reduced the number of militants to 481 in the first half of the year from 506 in the same period last year but they managed to carry out 32 bombings in that time—a 68 percent increase—in attempts to distract the military assaults, the report said.

They wield at least 438 firearms and managed to conduct a number of terrorist trainings despite constant military assaults.

President Rodrigo Duterte, who took office in June, has ordered troops to destroy Abu Sayyaf, known for its brutality, and he has ruled out the possibility of any peace talks with them. He has pursued talks with two other larger Muslim insurgent groups.

Duterte’s peace negotiations with communist rebels have led to cease-fire declarations that have halted years of fighting with Maoist guerrillas, which freed up the thousands of troops now redeployed to wage one of the largest offensives ever fought against the Abu Sayyaf in southern Sulu and Basilan provinces.

“The ASG shifted in targeting vulnerable foreign-flagged tugboats and their crew due to the focused military operations against the group,” the report said, adding the group was expected to intensify its kidnap-for-ransom assaults in the busy waterways around the southern Philippines, Malaysia and Indonesia.

Abu Sayyaf’s attacks on tugboats this year and the kidnappings of their Malaysian and Indonesian crewmen have raised security alarms from those countries, whose officials have tried to map out a strategy to protect commercial and passenger ships.

“Lucrative payoffs from KFR (kidnappings for ransom), the report said, “enabled the ASG to procure firearms as well as ammunitions.”

Of the estimated P353 million in ransom received by the Abu Sayyaf from January to June, the bulk was paid in exchange for the releases of 14 Indonesian and 4 Malaysian crewmen who had been held at Abu Sayyaf jungle bases in Sulu province, the report said.

The militants got P20 million ($413,000) in ransom for freeing Marites Flor, a Filipino woman who was kidnapped last year with two Canadians and a Norwegian from a yacht-berthing resort on southern Samal island.

Officials have said they were unaware of any ransom paid for Flor or other hostages and added they continue to adopt a no-ransom policy.

The Norwegian hostage, Kjartan Sekkingstad, was freed last month after a year of horrific jungle captivity when he was constantly threatened with beheading.

Prior to Sekkingstad’s release, Duterte suggested at a news conference that P50 million ($1 million) had been paid to the militants.

The military has said the constant military assaults have forced the militants to release their hostages./rga

Central Visayas cops: False alarm, Abu Sayyaf men not in Cebu after all