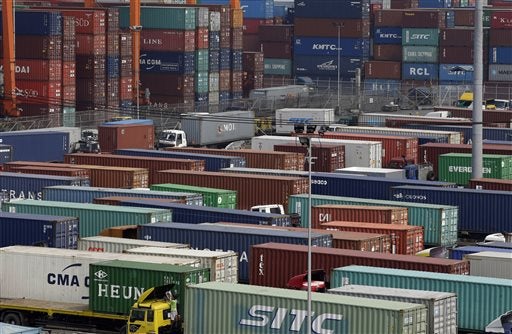 MANILA — The Philippine Ports Authority (PPA) has assured the public there will be no port congestion despite the expected upsurge in cargo volumes during the “ber” months.

PPA General Manager Jay Daniel Santiago, in a statement, said the country’s cargo volume climbed another 11 percent in the first seven months of the year compared to the 2015 figures.

“Despite the surging numbers, we guarantee that our ports remain clogged-free and can accommodate the increasing cargo, passenger and ship call volumes,” Santiago said.

“The strong performance of the cargo segment underscores the country’s economic resilience. The strong numbers in the passage sector also suggests the continuing vibrancy of both the local and international travel industries and more people are now considering traveling using ships,” he added.

Combined yard utilization at Manila ports is now at 40 percent, with approximately 32,600 TEUs (or twenty-foot equivalent unit, a measure of a cargo’s carrying capacity) inside the terminals while yard productivity ranges from 20-30 moves an hour.

“With this kind of yard utilization, we can say that Philippine ports are ready to handle the expected increase in the volume of cargo due to the run-up to Christmas,” Santiago said.

Meawhile, Standard and Poor’s Ratings Services (S&P) said in its latest report that the ports sector in the Asia-Pacific sector would suffer the strongest impact from the headwind of slowing economies in the region.

S&P said shipping ports would fare the worst because of weak volume growth.

“Ports dedicated to commodity trades could benefit from the recent rebound of coal prices although this would reduce the downside risk rather than providing true upside,” S&P said.

S&P expects business conditions for other transportation subsectors such as road, airport and rail to remain broadly stable with some potential upside for rail operators exposed to commodity prices.

However, it has warned that for the ports subsector, the situation is more about “reducing downside risks.”

“The current negative rating bias is primarily because of the negative outlook on the China and Australia sovereign ratings, which impacts the ratings on state-owned enterprises,” the report added.

The report noted that in emerging Asia, the main risk “is a material slowdown since investments continue to be high and lumpy, with assets having limited ability to adjust.”

“The second risk is the tightening in credit markets as a result, which would further stretch balance sheets as earnings weaken,” it added.  SFM