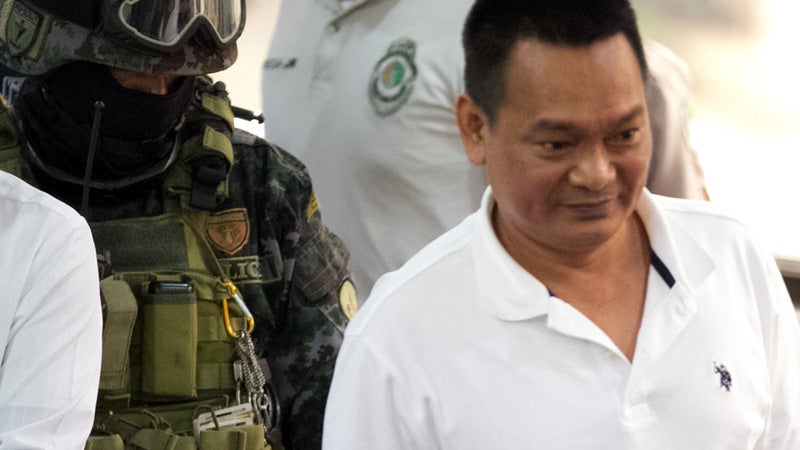 Five of the 12 convicted felons who testified at the congressional inquiry on illegal drug trade at the national penitentiary when Sen. Leila de Lima was justice secretary have pending applications for pardon or clemency, casting doubt on their credibility, Magdalo Rep. Gary Alejano said on Tuesday.

In a news conference called by opposition lawmakers, Alejano suggested that pardon or clemency could be “used as a reward” for the convicts who testified against De Lima.

“They were given immunity and witness protection. We should keep watch over these five because they might be released any time,” said Alejano, who had sought information on the convicts’ applications from the Bureau of Pardons and Parole (BPP), an agency under the DOJ, just like the Bureau of Corrections (BuCor), which supervises New Bilibid Prison (NBP).

Except for Baligad, all of these inmates implicated De Lima in the narcotics trade at NBP, claiming the former justice secretary or her aides ordered them to raise drug money for her senatorial bid in May.

All the inmates who testified at the hearing of the House of Representatives justice committee were granted immunity from suit for any statements there.

De Lima is a harsh critic of President Duterte, trying to put him to task for the thousands of deaths that resulted in his campaign against illegal drugs. She has denied wrongdoing.

Albay Rep. Edcel Lagman said that the inmates’ testimonies could be their “possible ticket to freedom.”

“These applications for clemency and pardon will be enhanced by their cooperation in giving their testimony,” Lagman said.

Lagman said the congressional inquiry was a “comedy of errors.”

“The DOJ presented the witnesses. The witnesses were represented by PAO (Public Attorney’s Office), an agency under the DOJ. The inmates and the National Bureau of Investigation officials who testified are all under the jurisdiction of the secretary of justice because the Bureau of Corrections and the NBI are attached agencies of the DOJ,” Lagman said.

He said that being the alter ego of the President, the secretary of justice should not participate in the proceedings of congressional committees.

“All they can do is to be invited as resource persons. They make a statement and they answer questions from the chair or the members of the committee,” Lagman said.

Justice Secretary Vitaliano Aguirre II on Tuesday maintained he did not know that the five inmates had pending pleas for clemency with the BPP.

In a text message, Aguirre said the possible grant of pardon or executive clemency was “never considered” when the convicts agreed to testify against De Lima.

“Sorry, but I was never aware of their pending applications. (It was) never brought to my attention,” he said.

Asked if he would recommend to the President a favorable response, Aguirre said: “(I) don’t know yet. I will study.”

‘Fear of the unknown’

“That is a usual concern that a minority group would raise. But for me, that is fear of the unknown,” Umali told reporters.

He placed the burden on Aguirre to prove that there was no quid pro quo.